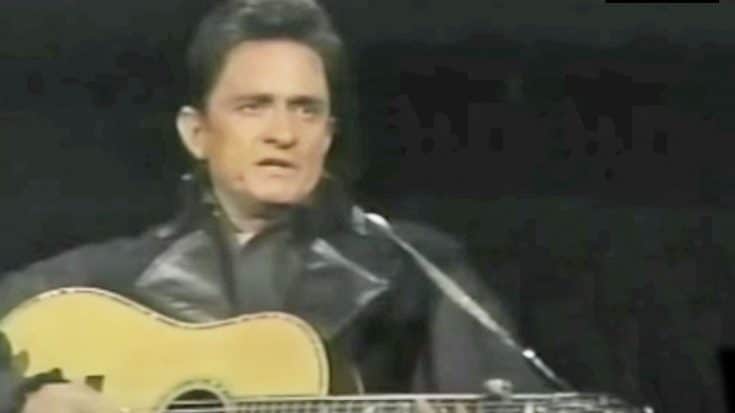 What a legend, right?

Johnny Cash is one of the originals. He pioneered the mix of country, rock, blues, folk and gospel music with a rebellious style. As one of the most influential musicians of the 20th century, it’s fitting that we pay homage to one of his most iconic songs.

Cash wrote “Man In Black” as a protest. He was protesting many of the controversial issues buzzing through the world during the 1960s and 1970s. He was famously referred to as ‘The Man In Black’ because of his distinctive style and demeanor on stage. He owned the image, but he used it as a way to voice his concerns as well.

In this live performance, Cash plays “Man In Black” for the very first time. He explains to the crowd that he had recently visited Vanderbilt University’s campus and spoke with college students about issues of race, drugs, and politics. After those conversations he was inspired to write the song which, in his own words, “reflects the way I feel about a lot of things.”

Cash officially recorded the song on February 16, 1971 and it peaked at No. 3 on the Billboard Hot Country Singles chart.

Watch the historic live performance below.