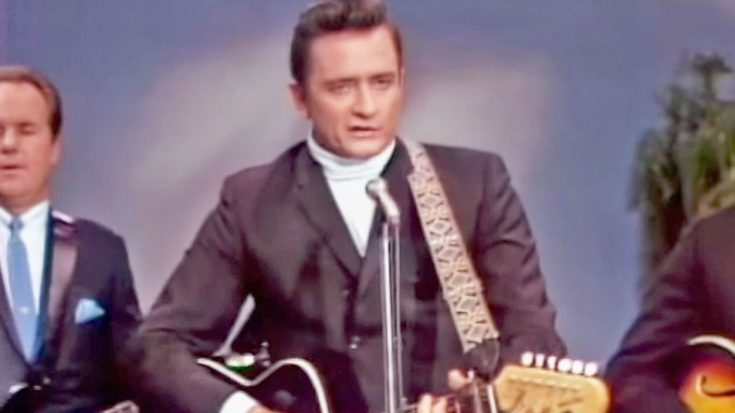 One of the most iconic songs in history was born when June Carter began to fall hopelessly in love with Johnny Cash, feeling as if she was falling into a burning “Ring of Fire.”

Proving what the real meaning of country is, the legendary Cash performed a masterful rendition of “Ring of Fire” at the iconic Ryman Auditorium in Nashville, Tennessee back in 1968. In a remastered video presented by the Grand Ole Opry, fans can relive the magic that was created every time Cash performed the song the love of his life wrote about him.

While the song was originally recorded by June’s sister Anita, Cash took the song on after it failed to hit for her. Adding his own flair to the song, Cash managed to turn “Ring of Fire” into a massive success on an international scale, charting in both Germany and the UK.

Since Cash’s 1963 release of “Ring of Fire,” the song has been covered multiple times by artists of all walks of music, including fellow country singer Alan Jackson as well as rock group Social Distortion.

You can watch his performance of “Ring of Fire” below.