Johnny Cash Sings A 5-Song Medley Of His Own Hits 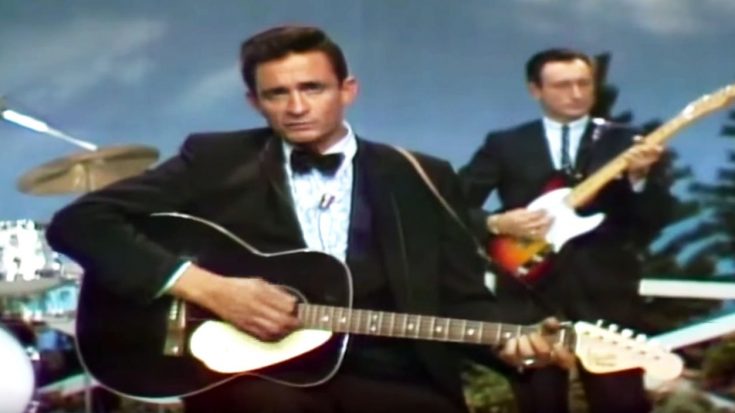 It’s impossible to have just one favorite Johnny Cash song, and the country legend himself knew that too, so instead of just playing one song for their 1967 appearance at the Ryman Auditorium, they chose a medley of his biggest hits!

Johnny Cash is known throughout the world for his incredible contribution to the world of music, his storied life, and most of all – his unforgettable hits that ravaged the charts everywhere during his heyday.

The Man in Black received 53 gold and platinum @RIAA_AWARDS during his career – though this one was actually presented to Cash’s @ColumbiaRecords labelmate @BarbraStreisand! pic.twitter.com/6BHzupZsNF

On January 13th, 1967, Cash and his band took the stage at the famous Ryman Auditorium in Nashville, Tennessee for a set during the National Life Grand Ole Opry and decided to give fans exactly what they had been begging to hear: a stunning medley of his hits and their favorite songs!

Including his biggest chart-toppers and fan favorites like “I Walk the Line”, “Ring of Fire”, “Guess Things Happen That Way” and several others, Cash struck gold with this amazing performance!

If you’ve been looking for a new spin on some of the best classic country songs, look no further than the video below where Johnny dazzles with this classic mash-up!