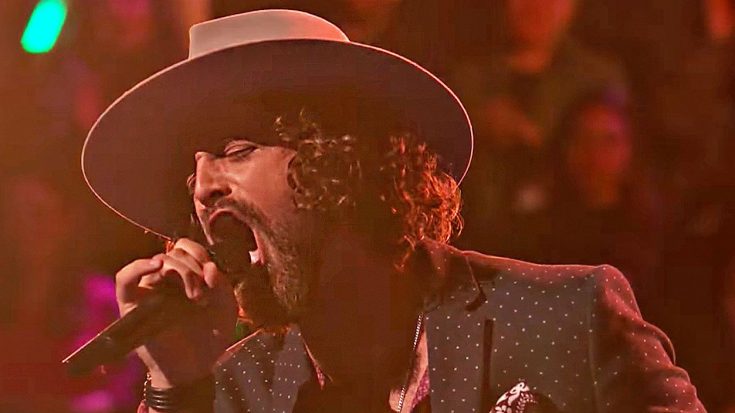 NBC’s The Voice was hit wi a wild performance when talented contestant Johnny Hayes thrilled fans with an extraordinary performance of The Allman Brothers‘ hit, “Statesboro Blues”. The opening intro was vibrant enough to send Hayes shuffling across the stage, promoting an upbeat vibe that left his audience thriving!

Although Hayes’ performance was widely enjoyed by viewers as they admired his eclectic song choice, the singer was ultimately eliminated from the singing competition. He took to social media to express his gratitude for his experience on The Voice, as well as thanking his newfound fan base for their support.

While Hayes vowed to his fans that he will never quit his passion for music, we feel this performance will no doubt remain one of his most talented career moments. Be sure to check it out below!