By Miranda Raye on October 31, 2016
Advertisement 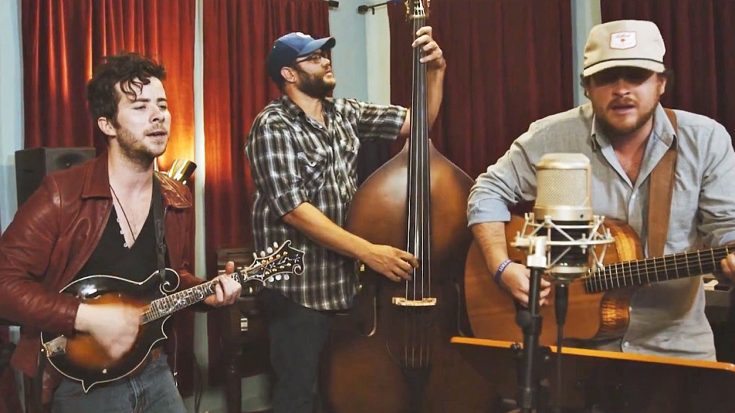 With 100 million records sold, it doesn’t need to be explained why George Strait is referred to as “The King of Country Music.” He has more #1 hits than we could even begin to list, but one of the greatest is “Give It Away.”

Out of Strait’s many hits, “Give It Away” was one of his most recent, since it was released in 2006. It became his 41st number one single of all time, but it certainly wasn’t his last.

In 1995, Strait released a box set of some of his greatest songs, called Strait Out of the Box. Now, over 20 years later, Strait clearly has enough hits to make another box set, and he’s doing just that. Strait Out of the Box: Part 2, is set for release on November 18, and will be available exclusively at Walmart.

To honor the release of Strait’s new box set, Strait’s fellow Texans in the Josh Abbott Band performed a cover of “Give it Away,” putting their own unique spin on the tune.

Over the course of their eight years in the industry, the Josh Abbott band has sold 1.5 million singles and has 59 million+ Spotify streams. They’ve also sold 950,000 concert tickets since 2013 alone.

The group’s latest album is called Front Row Seat, and they are currently on tour to support the release. Front Row Seat debuted at the top spot on Billboard‘s Independent Albums chart in 2015, and earned immense praise from Rolling Stone, who called it “‘ambitious’ not only for its confidently twangy sound at a time of remixes and pop influence, but because it goes out on a limb in a way country hasn’t seen in decades.“

The Josh Abbott Band brought that same sense of ambition to their all-acoustic cover of Strait’s “Give It Away.” Standing in a circle in a studio-like setting, the members of the band jammed out on classic country instruments such as the banjo and mandolin, while lead singer Josh Abbott crooned out the familiar lyrics to Strait’s beloved hit.

It isn’t easy to cover one of Strait’s songs, but the Josh Abbott Band clearly rose to the challenge. They managed to put their own twist on it while still staying true to its traditional roots. As you listen to them perform the song in the clip below, you won’t be able to stop yourself from tapping your feet!

If you can’t get enough of the band’s music after you hear their “Give It Away” cover, you should check out their latest single, “Amnesia.” Country music is known for its great heartbreak songs, and “Amnesia” is set to become another one of those greats, as it lays out the harrowing details of the final chapter of a relationship.

Catch the official music video for “Amnesia” below.