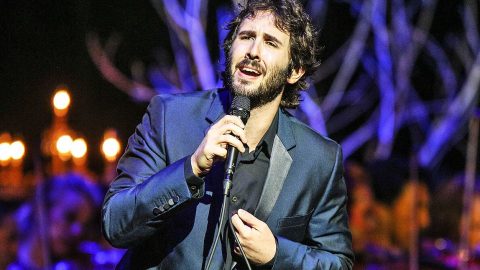 Josh Groban has been wowing the world with his remarkable vocal talent with various performances from his own personal hits to the holiday classic that melt our hearts. This musical prodigy floored packed Rockefeller Center back in 2002 when he passionately gifted the audience with a  performance of “O Holy Night”.

The night was chilled but hearts were warm when Groban began to sing the classic tune surrounded onstage by various holiday props and effects. His voice echoed throughout the venue as fans and audience members helplessly watched, mesmerized by the singer’s performance. Groban seemed exceptionally calm throughout the duration of the song, as if his talent were so incredibly effortless and natural.

Groban’s gradually became louder as the holiday ballad continued, ending his unforgettable performance with a booming finale of mesmerizing vocals and an uproar of cheers and applause. Although this little number is not the singer’s only iconic seasonal performance, we can’t help but deem it as one of the most inspirational.

Listen to the dazzling performance below.