By Manly Bryant on March 29, 2017
Advertisement 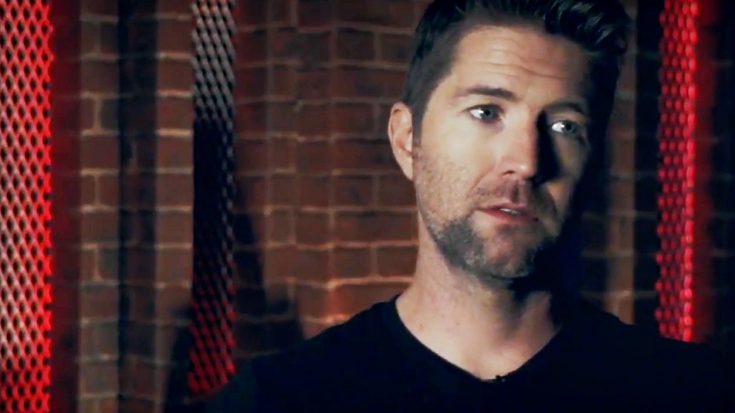 After they told him he might never sing again, this deep-voiced country star went through what was one of the scariest experiences of his life.

In a new interview with MLB Entertainment, Josh Turner looks back on his experience going through vocal rehab, living with the fear he might not ever sing – something he had grown to love and be incredibly passionate about.

“When I found out that I had a lesion on my right vocal cord it was one of the scariest things I’d ever experienced,” He revealed in the video interview. “When I was that young, I was basically being told there was a chance I’d never be able to sing again – and it was scary.”

Turner’s experience with severe vocal cord damage occurred way back in 1996, several years before he would become the world-famous singing sensation we know him as today.

Going on vocal rest for more than a year, and returning home to heal, Turner learned through his experience in rehab, exactly what had caused his lesion to develop in the first place.

“My vocal injury basically came from…just singing the wrong way, all the time,” He tells the cameras. “I was singing when I was tired, I was singing songs that were too high or too low, I was breathing improperly, I didn’t have the right breath support.”

“It was humiliating….humbling and tough process,” Turner continued. “When I rehab’d from my injury I basically learned how to use my voice all over again – I had to learn how to sing and talk from scratch.”

After coming out of his vocal rehab program and training in a classical setting for at least a year, Turner says that the voice he emerged with was better than anything he started with before – and that’s the voice we all hear today.

Just like professional sports stars can have an injury sideline their career, the same danger is all to real for many singers out there – and sometimes they don’t ever fully recover.

Luckily, Turner made a full recovery and is one of the most cherished and popular modern country artists on the scene today.