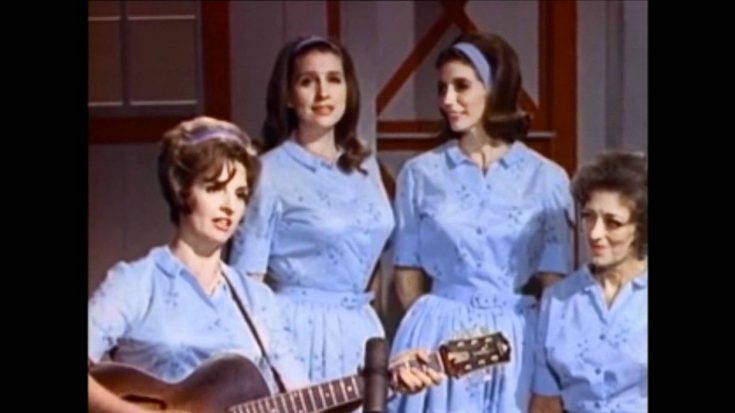 June Carter Cash was destined to leave her mark on country music. Born into the infamous Carter Family, June and her sisters, Helen and Anita, along with their mother Maybelle would become one of the most popular all-female country acts of all time.

June Carter married fellow country star Carl Smith and gave birth to daughter Carlene who would also carry the family’s musical torch. But, June is perhaps best known as the wife of the Man in Black, Johnny Cash.

June Carter and Johnny Cash at a fair back in 1968. ? ? pic.twitter.com/6AnzwlkFAT

June first met Johnny backstage at the Grand Ole Opry in 1956 when she was singing background vocals for Elvis Presley.

For nearly 12 years, June and the Carter Family often toured with Johnny Cash and appeared with him on his ABC television series. One year before they married, Cash and the Carters were featured in a film titled The Road to Nashville. In addition to the gospel number, “Were You There,” performed with Cash, the Carter Family sang Johnny’s 1957 hit, “I Walk the Line.”

The performance showed off the incredible harmonies of Mother Maybelle, June, Helen and Anita, and remind us where country music began.

Listen to Mother Maybelle and the Carter Family sing “I Walk the Line” in the video below.