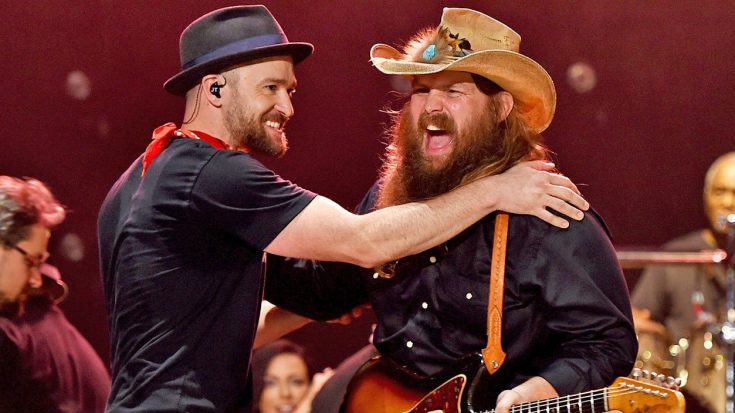 For the first time in nearly four years, Justin Timberlake has announced he is releasing a new album. Fans have been patiently waiting since his double album, The 20/20 Experience, was released in March and September of 2013.

In 2015, his music got a bit of resurgence thanks to his collaboration with country singer Chris Stapleton at the CMA Awards that fall. They performed a mash-up of Timberlake’s song “Drink You Away” and Stapleton’s bluesy version of the classic song “Tennessee Whiskey.”

Ever since that epic performance, fans have been begging Timberlake for new music, and he has finally delivered – and with the help of some familiar faces. In a video posted to all his social media channels, Timberlake revealed that he will be releasing a new album titled Man of the Woods.

The video includes footage of Timberlake in the woods, with his wife, and with his son Silas.

“This album is really inspired by my son, my wife, my family, but more so than any other album I’ve written, where I’m from,” The Memphis, Tennessee-native says in the video introducing the project. “It’s personal.”

Pharrell, who we know quite well from being a coach on The Voice, also appears in the video, which means he likely produced the album. Pharrell and producing partner Chad Hugo produced Timberlake’s solo album debut, Justified, in 2002.

According to ABC News Radio, Stapleton will be a guest vocalist on Man of the Woods, which will debut on February 2, just two days before his Super Bowl Halftime performance. The first single from the album will be released on Friday, January 5 and it is titled “Filthy,” and according to Timberlake’s Instagram post, it should be “played very loud.”

Are you excited for his upcoming album and new Stapleton collaboration? Let us know in the comments. Watch Timberlake’s announcement in the video below.