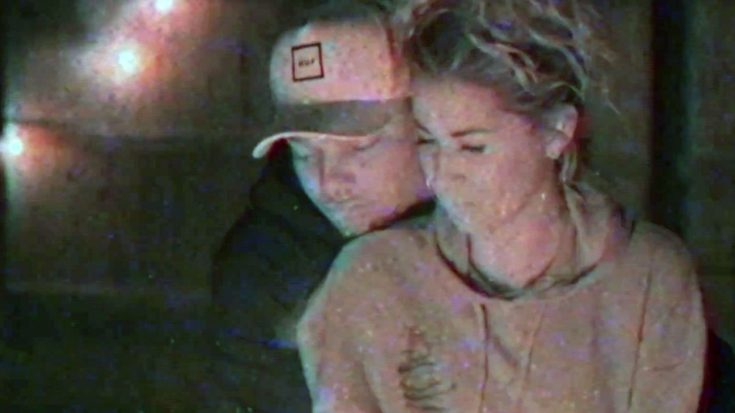 Kane Brown first introduced the world to his beautiful fiancé, Katelyn Jae, back in mid-January when he shared a now deleted photo featuring the two of them. Alongside the photo, Brown penned a sweet message where he declared he had finally found his “other half.” A few months later, the “What Ifs” singer formerly announced his engagement to Jae at his concert on April 18.

The 23-year-old country singer released his self-titled debut album in December 2016, since releasing an upgraded deluxe version of the certified Gold album with an additional four songs. No doubt drawing inspiration from his relationship with Jae, Brown wrote the romantic country ballad “What’s Mine is Yours,” which is featured on the deluxe album.

“What’s mine is yours/ Every breathe I take, every choice I make,” Brown sings.
“It might sound crazy/ All my pain, washed away, in the blink of an eye.”

Illuminating the romantic aspect of the song, Brown featured his lovely fiancé as his co-star in the recently debuted music video. The Nashville sweethearts give fans an inside look into their lives together in the home video-esque music video, much of the footage appearing to have been shot by Brown and Jae.

Jae is a singer herself, describing her music as a mixture of R&B and soul on her official Facebook page. She is managed by Wright Entertainment Group and is from both Orlando, Florida and Philadelphia, Pennsylvania, residing currently in Nashville.

You can watch his video for “What’s Mine is Yours” below.