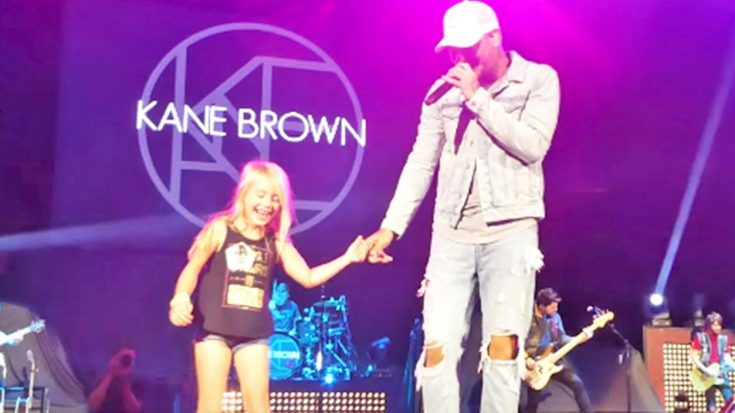 This country singer just made a memory that will surely last a lifetime for one young fan.

At a concert taking place back in October 2017 at his show in Evansville, Indiana, Kane Brown invited one lucky fan to join him on stage during a performance of his hit single “What Ifs.”

The 23-year-old country singer took the adorable little blonde by the hand, twirling her around as he finished out his performance of his hit country song.

Brown initially made his claim to fame after a series of videos uploaded to his Facebook went viral featuring the Georgia-native covering iconic country songs of the past. Fast forward and the singer is selling platinum records, charting number one singles, and getting ready to welcome a daughter of his own.

Brown’s platinum-selling single “What Ifs” featuring Lauren Alaina dethroned Sam Hunt‘s record shattering “Body Like a Backroad” from number one on country radio, Hunt’s song previously enjoying a history-making 34 weeks at the top of the chart.

You can watch the heart-melting video below.