Kane Brown Delivers Viciously Good Cover Of Tim McGraw’s ‘I Like It, I Love It’ 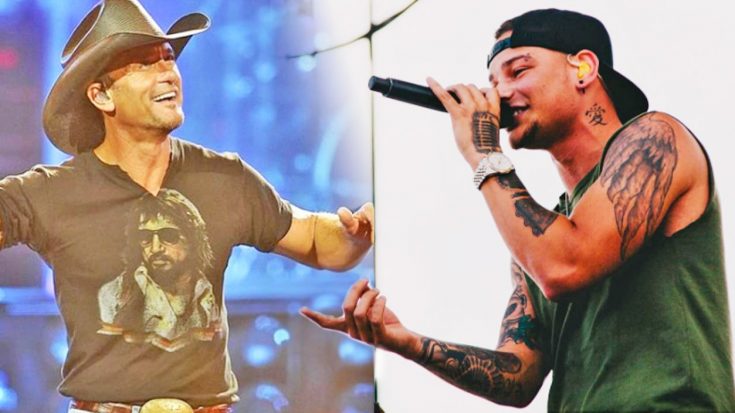 Back with another “Bathroom Production,” Kane Brown delivers a striking cover to Tim McGraw’s ’90s hit “I Like It, I Love It.”

“Hey y’all! It’s Kane Brown and Alex Anthony back with another bathroom production,” introduced Brown before rolling into an insanely good rendition of McGraw’s song. Coming in strong with his powerful and rich vocals, Brown delivers a viciously good performance you won’t believe was recorded from the confines of a small bathroom.

Even with his massive amount of success this past year, Brown has stayed true to what got him where he is today, his loyal following on social media. The 23-year-old singer made his claim to fame after a series of videos uploaded to his Facebook went viral, including covers of George Strait’s “Check Yes or No” and Lee Brice’s “I Don’t Dance.”

The “Used to Love You Sober” singer recently released his self-titled debut album which quickly rose to No.1 on iTunes and spent most of 2016 on the highly coveted Dig Your Roots Tour opening for one of country music hottest acts, Florida Georgia Line

“I Like It, I Love It” was recorded by McGraw in 1995 as the first single of his All I Want album. You can watch Brown’s rendition in the video below!