Kane Brown & His Wife Get Sassy In Adorable ‘Carpool Karaoke’

By Jennifer Pernicano on December 28, 2017
Advertisement 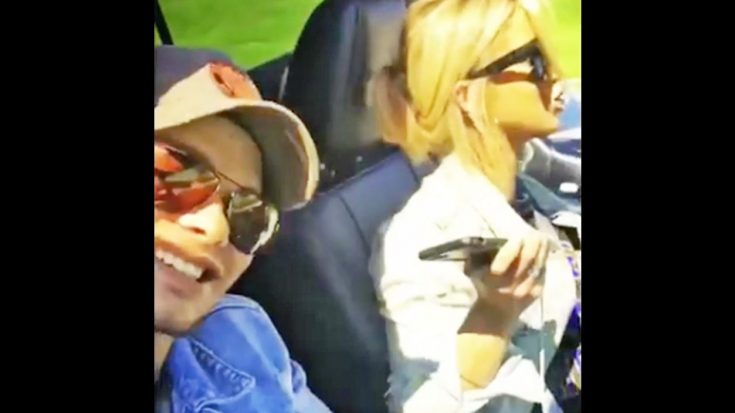 Kane Brown first introduced the world to his beautiful wife, Katelyn, back in January 2017 when he shared a now-deleted photo featuring the two of them. Alongside the photo, Brown penned a sweet message where he declared he had finally found his “other half.”

A few months later, the “What Ifs” singer formally announced his engagement to her at his concert in April that year.

Since the announcement of their nuptials, the couple thrilled fans with private insights into their life together via social media. In a “Carpool Karaoke”-style video, Brown and Jae got sassy singing and dancing along to rapper KYLE’s hit single “I Spy.”

“Throw back Thursday ? loving life as always haha,” Brown captioned the adorable Instagram video. Brown filmed the video while Kately took over control as the driver, serenading his beautiful fiancée to the tune of the hit rap song.

The country singer released his self-titled debut album in December 2016, since releasing an upgraded deluxe version of the certified Gold album with an additional four songs. No doubt drawing inspiration from his relationship with Katelyn, Brown wrote the romantic country ballad “What’s Mine is Yours,” which is featured on the deluxe album.

The two tied the knot in October 2018 and are awaiting the arrival of their daughter.

You can watch Brown and Jae’s Carpool Karaoke below.