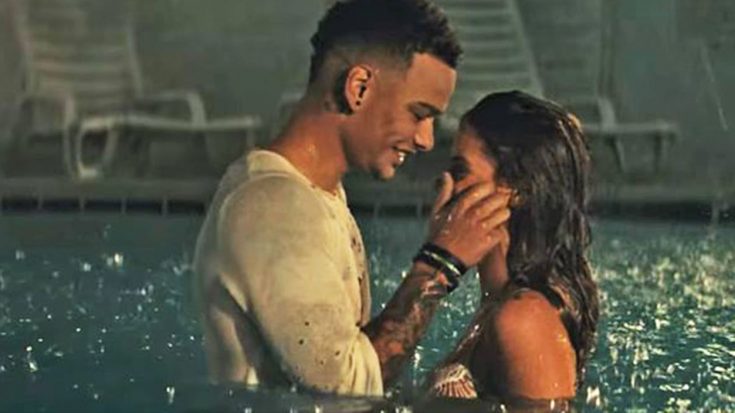 Country music singer Kane Brown has been making cowgirls swoon with his southern twang and dashing smile since he broke into our playlists with his 2015 EP titled “Closer”. Since then, the singer has gone on to open for country music duo Florida Georgia Line, a huge jump from the days he spent attracting millions to his viral videos covering Brantley Gilbert, Alan Jackson, and Billy Currington.

Brown is throwing his music back into our hearts, as he recently began working on a self-titled album with one riveting hit that is sure to make you wish for a storm! Called “Thunder In The Rain”, the single is entirely based on an electrifying romance between a man and a woman, as the lyrics read, “Twisted, tangled like a hurricane/ We shake these walls like an earthquake/ Hear the rumble in your chest/ Feel the wind comin’ off your breath.”

As if the lyrics aren’t steamy enough, the music video is fully loaded with passionate kisses, midnight dips in the pool, and absolutely no shortage of rain and lightening!

Check it out and tell us what you think and be sure to be on the lookout for Brown’s album set for release December 2!