By Manly Bryant on August 4, 2017
Advertisement 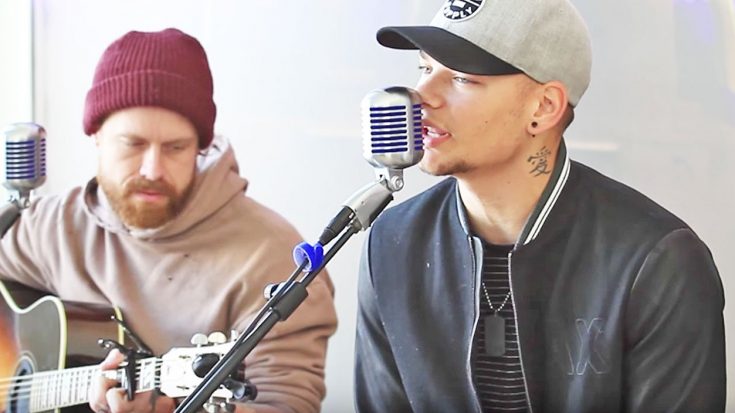 Two years ago he was just like any other aspiring singer uploading covers to his social media pages, hoping for even a few hundred views. Fast forward to 2017, and Kane Brown is one of the brightest rising stars in Nashville, with over 106.4 million and counting views on his YouTube page.

Brown performed the song backed by two acoustic guitars, singing Travis’ classic beautifully in an effortless display of pure talent. While debatably one of his most memorable covers, “Three Wooden Crosses” is not Brown’s first cover to catch attention from the media.

The “What Ifs” singer experienced an unlikely rise to fame after videos featuring him covering classic country songs of the past went viral. Two years later and the 23-year-old singer is opening for country music superstar Jason Aldean on his 2017 They Don’t Know About Us Tour alongside fellow opener Chris Young.

You can check out his rendition of “Three Wooden Crosses” below.