Kane Brown Shows Off Insane Vocals With Surreal ‘Forever And Ever, Amen’ 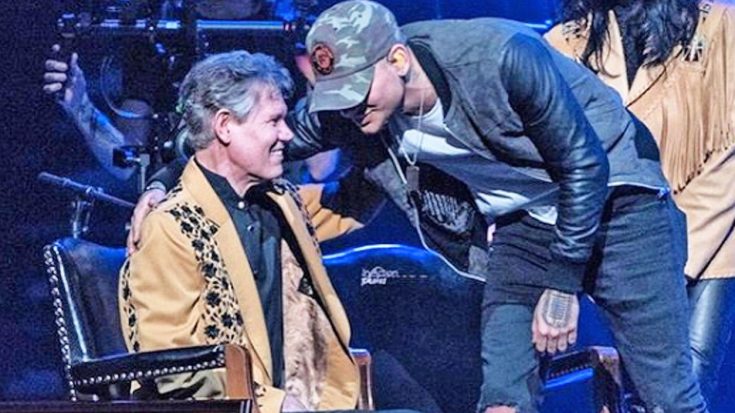 One of country’s brightest rising stars, Kane Brown, delivers an impromptu rendition of Randy Travis‘ “Forever And Ever, Amen” while lying down in bed.

Brown records the song sans music allowing for listeners to fully focus on the powerful lyrics as well as his deep, soulful vocals. While Brown may be classified as a modern country singer, his voice strongly airs on the side of traditional. Even though Brown’s rendition of Travis’ classic may be one of his best, “Forever And Ever, Amen” is not his first cover to catch attention from the media.

Prior to releasing his self-titled debut album in late 2016, the 23-year-old singer had already garnered a staggering following on social media after a series of videos uploaded to his Facebook went viral. With surreal covers ranging from George Strait‘s “Check Yes or No” to Lee Brice‘s “I Don’t Dance,” Brown has proven his vocal range has no bounds.

You can watch Kane Brown’s rendition of “Forever And Ever, Amen” below!