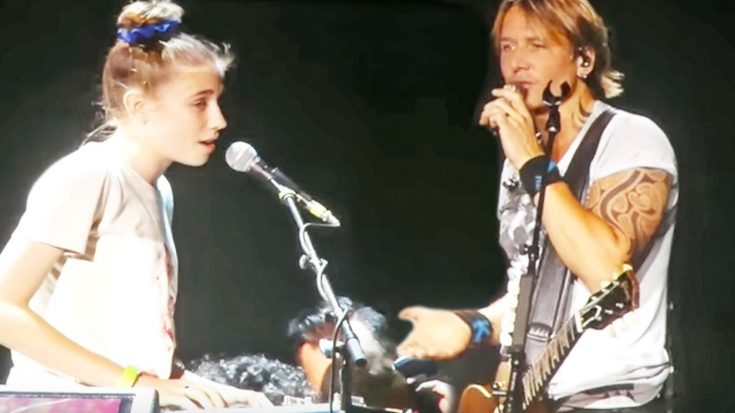 Wrapping up the Oceania leg of his wildly successful Ripcord World Tour, Keith Urban took the stage of Brisbane Entertainment Centre and invited one lucky little girl to join him up on stage.

The 13-year-old London native got behind the piano and Urban picked up his guitar, and asked her what she would like to sing. They settle on Carrie Underwood’s “Temporary Home,” which is a heavenly ballad from her early years.

The young girl played the piano beautifully while singing the emotional lyrics of Underwood’s moving song. Urban (as well as the audience full of thousands) praised Briana before taking a photo with the young girl.

This definitely will be a difficult birthday to beat! You can watch their performance in the video below.