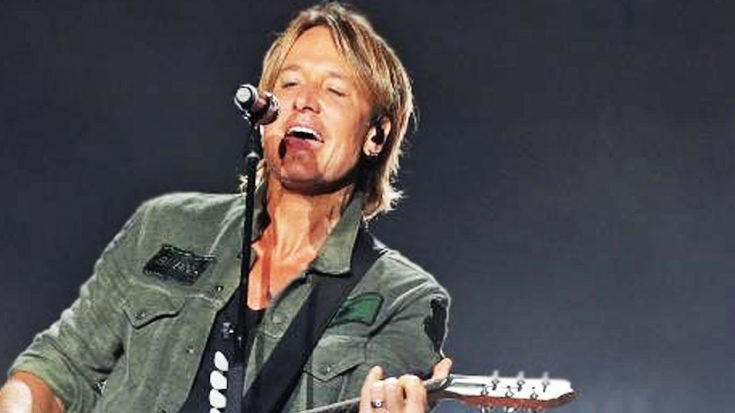 Simon Cross via The Advertiser

Keith Knew He Wanted Carrie For This One

Keith Urban was in the middle of writing “The Fighter” when he realized exactly who he wanted to be his duet partner on the song.  As he explained during an interview, “When we wrote it, we both just said, ‘It’s Carrie. She’s got to be the girl for sure,'” he said.

Of course, the “Carrie” Urban was referring to is none other than Carrie Underwood.

The two had collaborated during live performances in the past, but had never recorded a song together. Urban decided it was time for that to change, since he thinks their voices complement each other well.

“I love singing with her,” he said. “I love the way her voice sits with where I sing and this song.”

How Their Hit Duet Came To Be

Urban obviously knew what he was doing when he picked Underwood as his duet partner, because “The Fighter” swept the nation. It had been popular ever since Urban released his album Ripcord in May 2016, even though it wasn’t released as a single until February 2017.

Its popularity only increased, and the song remains a fan-favorite now, long after its release.

The two got the chance to perform the song live at the Grammys and the ACM Awards and also showcased it during their joint tour in Australia and New Zealand.

But it basically goes without saying that Underwood can’t tag along to every single one of Urban’s shows to perform “The Fighter” with him. So when he wanted to sing the song during his show in Beaumont, Texas in 2017, he found a special guest to sing her part.

So who was the lucky gal? Her name is Kylie Frey, an aspiring country singer from Louisiana with a powerful voice.

If she was nervous about singing with Urban, it didn’t show. She belted out Underwood’s lines like a pro, and could even be seen mouthing along the words to Urbans’ part as well.

The crowd seemed quite receptive of Frey’s performance, and cheered for her after she finished singing. Grateful for the opportunity she had to sing with Urban, Frey shared a thank you note to him on Facebook.

“Thanks for letting me play Carrie for the night,” she wrote.

A fan also shared a short clip of Frey’s performance with Urban. Go ahead and tune in below to check it out.

Looks like Urban knows who to call the next time he writes a duet!