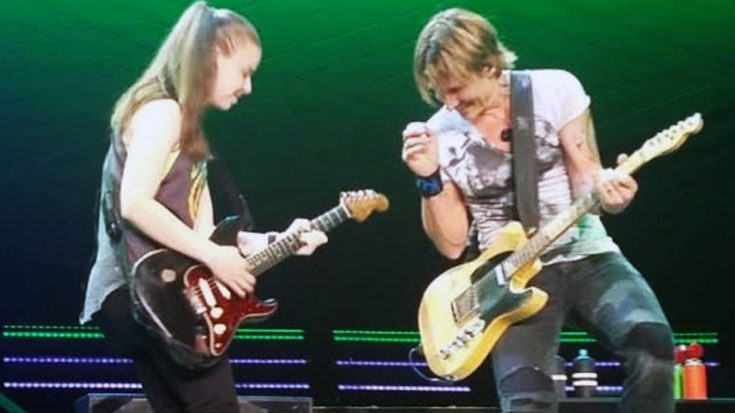 This teenager got the chance of a lifetime after a surprise encounter with the country superstar on social media – and created one amazing and unforgettable moment!

Taking to Twitter during a series of question and answer sessions country singer Keith Urban had been working on, 19-year-old Ellen Tefanis was shocked to get a response to the question she asked!

The series, aptly called “Ask Keith Urban” gives fans an opportunity ask him varying questions and get responses during the hour or so he’s online. Ellen’s question, however, was a little different than most – and it definitely caught Urban’s eye!

After uploading a video of her playing a killer guitar version of his song, she asked Urban if she could come play on stage with him, but likely didn’t expect him to actually say yes!

Well, in true Keith Urban fashion, he shocked and delighted the talented young guitarist and brought her out on stage during his Brisbane, Australia concert for an amazing performance of his hit song, “Good Thing”.

Just a few days before Christmas and it looks like Santa came early for Ellen this year! Watch this dazzling guitar player absolutely crush this song in the video below!