By Miranda Raye on April 2, 2017
Advertisement 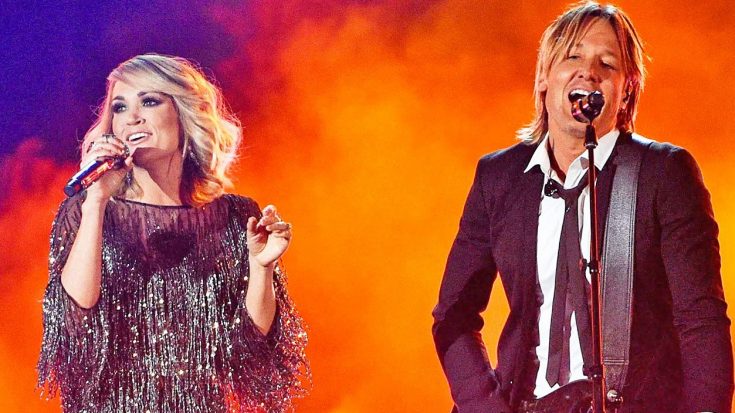 When Keith Urban debuted his album Ripcord, there was one track that had everyone talking. That track was called “The Fighter,” and it quickly fought its way up the country music charts.

A duet with the insanely talented Carrie Underwood, “The Fighter” wasn’t released as a single until February 6, 2017. But the song still managed to find its way on the charts in 2016, probably thanks in large part to the video Urban posted of him lip-syncing to it along with his wife, Nicole Kidman.

Initially, “The Fighter” peaked at the 11th spot on the country chart. It climbed up even higher once it was released as a single.

Urban and Underwood wowed the world when they performed “The Fighter” during the Grammy Awards in February 2017. They ended up bringing that same magic to the 2017 ACM Awards, resulting in one of the best performances of the night.

The whole thing started off with Urban singing another one of his hit singles off of Ripcord, “Blue Ain’t Your Color.” Once he finished singing that song, he broke out into the opening notes of “The Fighter.”

Underwood was nowhere to be seen at first, but she finally emerged from behind a wall of smoke at the back. She made her way to the front of the stage to join Urban, and the two started dancing together just like they do in the music video for the song.

The performance showcased both Urban and Underwood’s abilities as powerhouse vocalists, and the crowd couldn’t get enough. Everyone could be seen dancing along, proving just how much they were loving their performance.

Just in case you missed it, you can catch Urban and Underwood’s killer ACMs duet of “The Fighter” in the video below. It’s sure to make you dance along too!