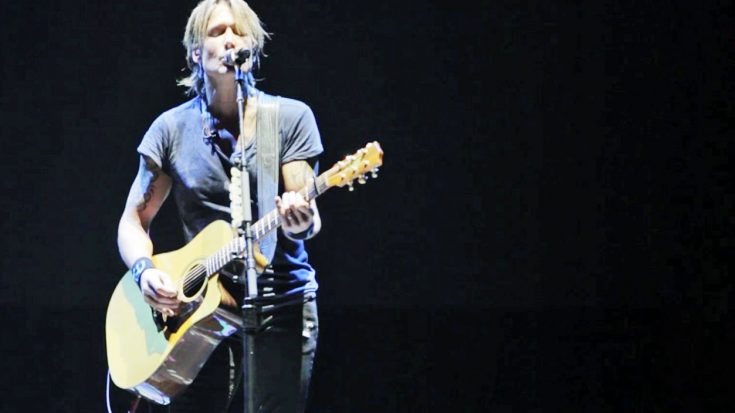 Leonard Cohen gave birth to the wildly emotional “Hallelujah” in 1984, inspiring artists around the world to cover the beautifully haunting song. There are a number of covers in essentially every genre – including that of Keith Urban‘s country-fried version.

After a quiet battle with cancer, Cohen passed away Nov. 7 at age 82. Urban felt compelled to honor the legend with a powerful rendition of the iconic tune.

In a social media post, Urban remembers the man who made one of music’s most covered songs.

Attached to the caption, “RIP Leonard. And thank you for being a vessel of glory on high,” the country singer posted the video to his Facebook to pay homage to one of the most influential singer-songwriters.

While not documented as a gospel track, many draw spiritual strength through “Hallelujah’s” powerful lyrics. Cohen expresses his view through the song that many different types of hallelujahs exist, whether it’s “cold and broken” or inspired by the Holy Ghost.

You can watch Urban’s powerful performance of “Hallelujah” in the video below.