Keith Urban Dressed As Tom Petty For Halloween In 2017

By Miranda Raye on November 1, 2017
Advertisement 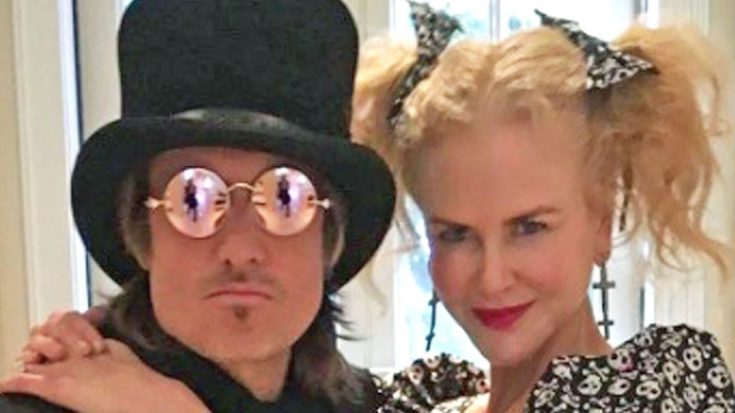 In case you haven’t learned by now, country stars get pretty hyped up about Halloween. Country artists’ significant others often jump in on the fun as well, and many team up to create cute couples costumes.

A lot of country couples poured a great deal of thought into their costumes for Halloween 2017. Take Carrie Underwood and Mike Fisher, for example! Underwood dressed as a cute and cuddly deer while Fisher donned a full camouflage outfit to portray a hunter.

Luke Bryan and his wife Caroline went for a more humorous route that year, and dressed up in giant inflatable T-Rex costumes.

Another country couple who went all-out for Halloween was Keith Urban and Nicole Kidman. On Halloween, the couple shared a photo of their costumes to their respective social media accounts. Both kept the caption to the photo simple, as they wished their fans a happy Halloween.

Fans immediately flooded the comments of Urban and Kidman’s posts, telling the couple how cute they looked in their costumes. But few figured out exactly what they were supposed to be dressed as.

We at least have a good idea of what Urban’s costume may be!

Wearing a top hat, round sunglasses, and an all-black ensemble, Urban was definitely giving off some rockstar vibes. So who was he representing? Well, we think that he was channeling none other than Tom Petty, who was famous for sporting such a look.

It makes sense why Urban would dress as the legendary rock artist. After Petty’s death in early October of that same year, Urban was one of many country artists who delivered a tribute to him. That tribute took form in a nine-minute version of Petty’s iconic song “Free Fallin’.”

If Urban was aiming to channel Petty, we’d say he did a pretty good job. He looks scarily similar to him in his costume, don’t y’all agree?

As for Kidman, we’re not sure if she was supposed to be anyone or anything in particular. Perhaps she was dressed a spooky waitress or nanny? Regardless of what she was going for, we do know one thing…she looks as cute as can be!

Kidman clearly paid attention to detail when it came to crafting her costume. The hair bows that adorn her two teased pigtails are made of the exact same skeleton fabric used for her dress. Job well done!

We hope Urban and Kidman had a happy Halloween together. We do know they had a happy New Year that year!

Urban performed at a New Year’s Eve event in Nashville, and delivered a tribute to artists who had passed away. When he honored Petty by singing “Free Fallin’,” Kidman and their daughters came out on stage to dance with him. You can catch that moment in the video below.