Keith Urban Gushes About How His Daughters Take After Nicole 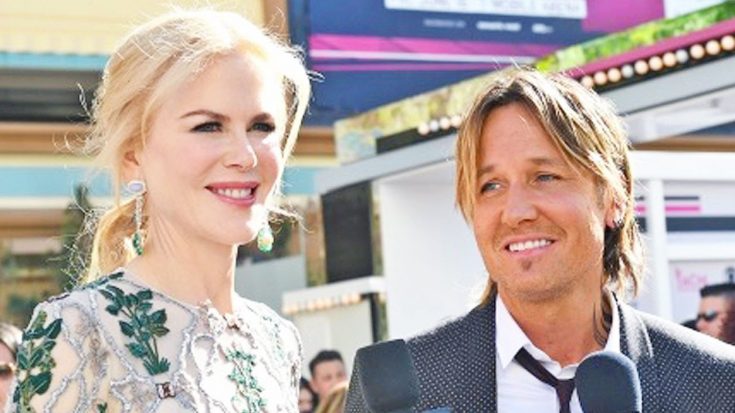 Keith Urban and Nicole Kidman have always done their best to keep their two daughters out of the spotlight. Sunday, who is eight, and Faith, who is six, are rarely photographed or make public appearances.

But Keith was willing to show off a rare photo of his daughters on the day of the ACM Awards (April 2). The two had made their dad an adorable sign to wish him the best of luck. “When my daughters do this……I’ve ALREADY WON!!!!” Keith wrote.

Since fans rarely see photos of Keith’s two girls, they were surprised to see how grown up they are already! This is something Keith commented on during an interview with Rare Country, saying that people mix them up all the time since they’re both getting so tall.

“Sometimes when we haven’t seen people in a long time, and if Faith walks in, I have to explain to them, ‘No, that’s not Sunday.’ Cause you think that’s her,” he said. “And then Sunday walks in all tall.“

As for where the two girls get their height, Keith says it definitely isn’t from him. He went on to gush about how Nicole helped contribute in that regard.

Although Keith’s daughters inherited their height from Nicole, they still may take after their dad in another way someday. When asked if either of the girls showed skill in acting or singing, Keith said he isn’t sure yet.

It seems as though Faith may be heading toward a different career path altogether…filmmaking. One day while Keith was jamming out at home, Faith picked up a camera and just started filming. The result was one super cute video! Check it out below.