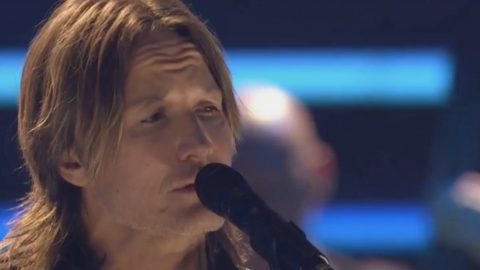 According to CMT’s website, “The five ‘Artists of the Year’ collectively dominated the last 12 months in country music, ruling CMT’s platforms and country radio, scoring chart-topping albums and singles, and selling out arenas across the country.”

At the time of the announcement, CMT planned of having the event honor the “unwavering spirit of those impacted by Hurricane Harvey,” but since then, so much has happened.

In addition to honoring the singers and the hurricane victims and volunteers, the show will also focus on victims of the Las Vegas attacks.

Urban performed his hit song “Blue Ain’t Your Color” and although it’s a song about a woman being sad about her romantic life, it took on another meaning Wednesday night.

In an interview following his rehearsal, Urban told CMT, “In light of what’s been happening the last month really, so many things have been happening to so many people, particularly in our community of fans and audiences, so for me, it’s all about honoring the audience.”

He did a great job at that during his smoky, dimly lit performance. Audience members embraced each other as he sang, “Blue looks good on the sky/Looks good on that neon buzzin’ on the wall/But darling, it don’t match your eyes.“

Watch his moving performance below.