By Miranda Raye on March 13, 2018
Advertisement 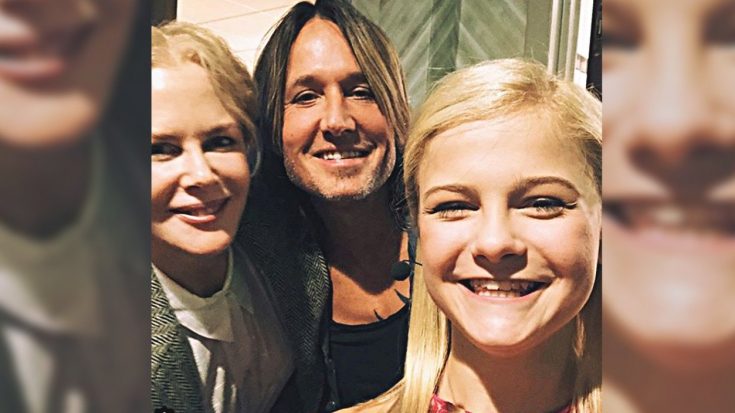 At the young age of 13, Darci Lynne Farmer is already a skilled singer and ventriloquist. She combined the two skills to create one-of-a-kind acts that resulted in her winning America’s Got Talent…and thus the hearts of millions.

As proof of her immense talent, Farmer switches between multiple singing voices in her shows. She uses a different voice for each puppet, and sometimes even makes them sing a duet with each other. On top of all that, she also flaunts her natural singing voice.

While Farmer leans toward singing older jazz and soulful songs such as Ella Fitzgerald’s “Summertime,” she has also dabbled in country. She even has a country puppet named Katie, and together the two have performed classics such as “I Want to Be a Cowboy’s Sweetheart” and “Take Me Home, Country Roads.”

My country girl, Katie, knows how to get in the country spirit with our own rendition of "Take Me Home, Country Roads"! Nashville, can’t wait to see you guys at the @TheRyman this Saturday! Just a few tickets are left at the link in my bio.

Since Farmer clearly has a knack for performing country, she was recently invited to perform at the most prestigious of country music venues…the Ryman Auditorium in Nashville. Her debut there was well-received by all who attended, including a couple of famous faces.

As Farmer shared on Instagram, Keith Urban and Nicole Kidman came to watch her perform at the Ryman! The couple surprised the unsuspecting Farmer backstage, and then stopped to take some adorable selfies with her.

“You guys are the NICEST people ever,” Farmer wrote in part of the caption she tacked on to the photos she took with Urban and Kidman. “Thank you so much for coming!!“

I can’t believe @KeithUrban and @NicoleKidman came to my show at @theryman this weekend!! ??? You guys are the NICEST people ever ?? thank you so much for coming!!

We bet it made Farmer’s day to see that Urban and Kidman came to her show!

Based on how well Farmer’s Ryman debut went, we predict that she’ll return to the famed stage soon! Until then, we hope you enjoy her Ryman performance of “I Want to Be a Cowboy’s Sweetheart” below.