By Miranda Raye on December 11, 2017
Advertisement 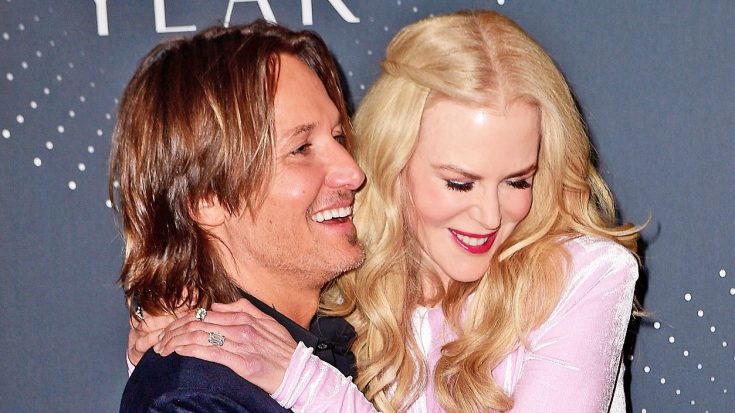 Within recent months, Keith Urban has been one of the main stars of the country music awards show cycle. He cleaned house at this year’s CMT Music Awards after winning in all of the categories he was nominated in, picked up a CMA Award, and also snagged three trophies at the AMAs.

At every one of those ceremonies, Urban’s wife Nicole Kidman was there to show her support for him. Now, it’s Urban’s turn to fill that seat of support, as Kidman has just been nominated for some awards of her own.

On Monday (December 11) the nominations for the 2018 Golden Globe Awards were announced. Ranked only below the Academy Awards in prestige, the Golden Globes are handed out each year to the finest films, television programs, actors, actresses, directors, and more.

This year, two series that Kidman starred in have been nominated for the Limited Series or Motion Picture Made for Television Award: Big Little Lies and Top of the Lake: China Girl. The nomination for Big Little Lies is particularly notable, since Kidman serves as one of the executive producers on the series.

In addition to those nominations, Kidman herself was nominated for the award for Best Performance by an Actress in a Limited Series or Motion Picture Made for Television for her role as Celeste Wright in Big Little Lies. Her co-star, Reese Witherspoon, was nominated in the same category for her performance of Madeline Martha Mackenzie in the series.

After the news was announced, Urban went on social media to share a lovey-dovey message congratulating Kidman on her nominations. “Hey baby- CONGRATULATIONS on all the GLOBES love this morn!!!!!!” he wrote.

Urban also took the time to congratulate everyone involved in both Big Little Lies and Top of the Lake, writing “THE STARS ALIGNED!!!”

Hey baby- CONGRATULATIONS on all the GLOBES love this morn!!!!!!
Incredibly proud of you, the work, and
all the BLL and TOTL team.
THE STARS ALIGNED!!! xxxxxx – KU #GoldenGlobes

You can tell how proud Urban is of Kidman! He has every right to be, because she’s accomplished so much this year!

Witness more cuteness between these two by tuning in to their famous lip sync duet to “The Fighter” below!