Keith Urban Speaks Out Against Sexism In Brand-New Song ‘Female’ 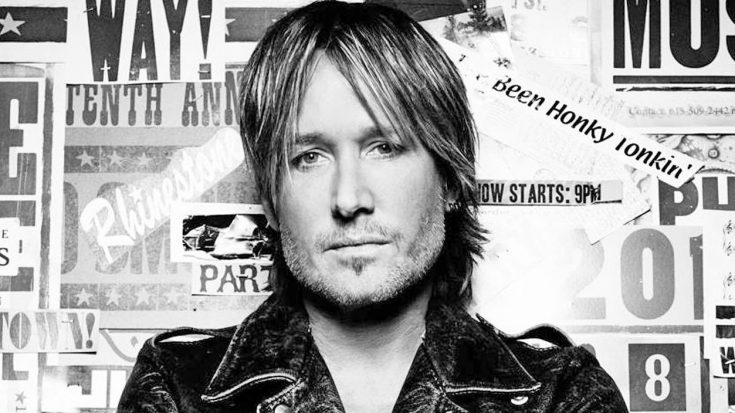 Being a father of two young girls in our society can be extremely challenging. Keith Urban knows this all too well as he has had to explain things like the Las Vegas Shooting, and so much more, to his daughters Sunday and Faith.

With all the allegations of sexual misconduct by higher-ups in the entertainment industry, including country music, there is no better time than now for Urban to release his brand-new single, titled “Female.”

Written by Shane McAnally, Ross Copperman, and Nicolle Galyon, “Female” asks questions like, “If you hear somebody say, ‘Somebody hits like a girl,’ how does that hit you? Is that such a bad thing?”

He takes on rape culture in the lyric, “When somebody laughs and implies she was asking for it/Just because she was wearing a skirt, is that how that works?” posing the question that is asked by so many people who think that because a woman wears tight clothes, she is asking for attention from men.

Many fans have wondered who the angelic female voice is supporting Urban’s on this track, and thanks to her Instagram post, we know it is singer-songwriter Nicolle Gaylon, who helped write it.

Do I say how we’re all somewhere between Virgin Mary & Scarlet Letter? Do I say what a gift it is to get to write songs like this with @shanemcanally & @rosscopperman? Do I try to thank @keithurban for being the MAN to say it? Do I play it for my daughter and hope she gets it? Do i just look at the sky and SMH that this song is only 3 weeks old? Because right now I’m being a total FEMALE and feeling all the things. And is that such a bad thing?#queenofkings

Fans are praising Urban for speaking out on this subject and using his position as one of the most popular male country singers to spread this powerful message. Listen to his brand-new song “Female” below.