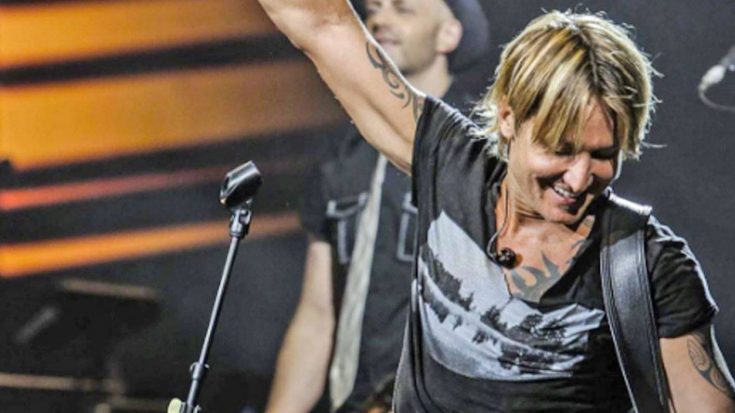 This guy sure has a lot to be thankful for! Keith Urban‘s adorable little girls wished him luck in preparation of the 2017 ACM Awards in the cutest way possible.

The country singer and wife Nicole Kidman’s two daughters, Sunday Rose (8) and Faith Margaret (6), cheered their father on with an adorable poster board they crafted themselves. An emotional Urban then took to Instagram to share a rare photo of his daughters holding the poster, captioned, “When my daughters do this… I’VE ALREADY WON!!!!”

Urban is nominated for a record seven awards at the ACM Awards, including the ultra coveted award of “Entertainer of the Year.” Additionally, the country singer will be performing his latest duet, “The Fighter,” with Carrie Underwood.

You can check out the video for Urban’s latest single “The Fighter” below.