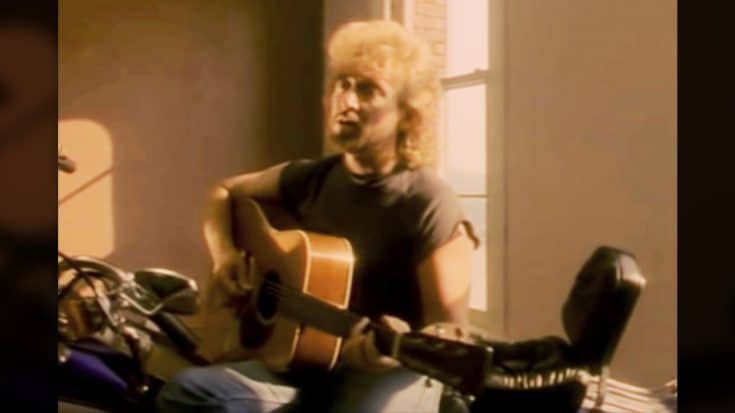 Keith Whitley is a legend for many reasons. His talent was genuine and taken away from us much too soon. When it comes to his signature song, “When You Say Nothing At All” we can’t help but get emotional!

The song has been covered by many, including the very talented Alison Krauss, but Whitley was the first to make this hit song one that would span decades. To this day artists cover this classic love song in honky tonks and concert halls all around the country.

“When You Say Nothing At All” was released off of Whitley’s 1988 album, Don’t Close Your Eyes. It soon rose to the top of the charts and eventually became one of his best known songs.

The video featured below is the original music video for the #1 hit. It showcases Whitley in an empty room with nothing but his Harley, his guitar, and a bar stool to play on. There really is no one who can sing “When You Say Nothing At All” like Whitley!

Watch the music video below, and enjoy listening to one of the greatest love songs of all time!