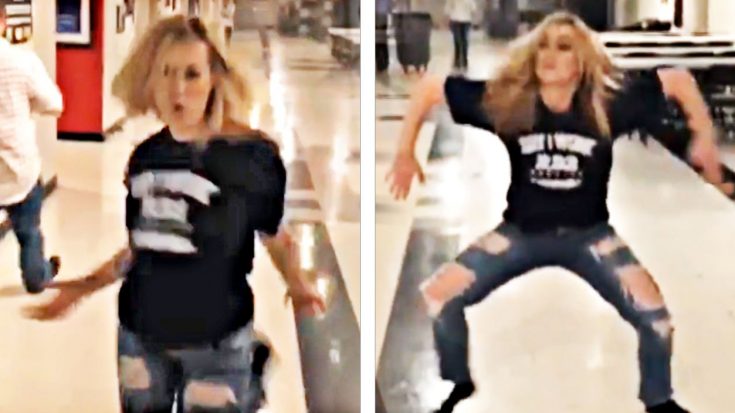 Behind the scenes of her television talk show, this country starlet unleashed some wild and wacky dance moves after challenging her co-host to a spontaneous dance-off!

Kellie Pickler and Ben Aaron were two of the most-talked about new TV show hosts in 2017 and, together, their new show captured the hearts of many with their debut that earned milestone ratings.

In a clip from the Faith Hill-produced show, Ben opened up about a hilarious behind-the-scenes moment they both had recently – and it was all caught on tape!

Walking out of the studio on the way to their cars, Pickler and Ben were showing each other their own dance moves when they instantly decided to have a “spontaneous hallway dance party.”

“You better bring it!” Pickler growled.

Next, the pair showed the entire audience their recording of this completely comical dance party before asking the audience who they thought was better!

Check out Kellie Pickler and Ben Aaron’s hysterical dance moves in the video below and tell us who you think is the better dancer in the comments!