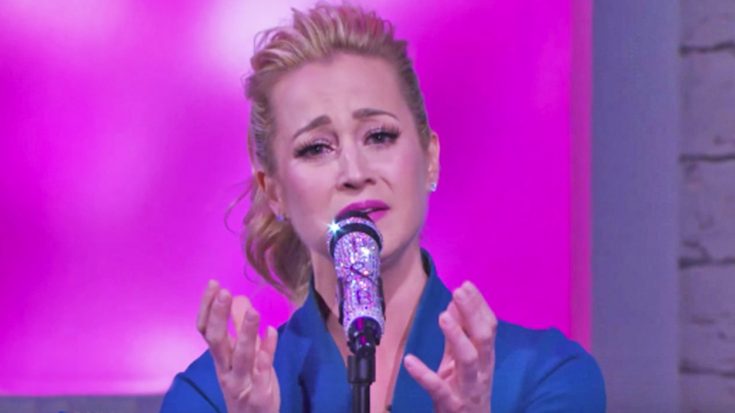 It seems that Kellie Pickler makes us laugh as much as she makes us cry.

The talented and spunky country singer, who is a co-host of the daytime talk show Pickler & Ben, got her start as a teen on American Idol. Although she didn’t win, she is one of the most popular former contestants thanks to her incredible personality and phenomenal singing voice.

Fans have really gotten to know her thanks to her reality show I Love Kellie Pickler, but it’s through her emotional performances that we really connect with her. She is an open book when it comes to her upbringing. During her Idol auditions, she revealed that her dad has been in and out of prison her whole life and her mom left when she was a young girl, leaving her grandparents to raise her.

In 2002, Kellie’s grandmother, who she called “Mama Faye,” passed away from lung cancer and it really affected her. On the anniversary of her Mama Faye’s death, while her songwriter husband Kyle Jacobs was collaborating with a fellow writer at their kitchen table, Kellie called her great aunt and said, “I hope Mama Faye visits me today.”

Her aunt responded by saying, “She will, baby, she will.”

“And she did,” Kellie said. “I think she wrote the song, I don’t know that we had anything to do with it.”

Pickler performed the song she, Kyle, and their friend Brian Bunn wrote about the effect Faye had on Kellie’s life, titled “If It Wasn’t For A Woman.” By the end of the performance the audience, as well as Kellie, was in tears.

Hearing her sing about the woman who made her into the woman she is today was an incredibly emotional experience. We’re not sure how Kellie kept it together for most of the performance!

Watch her perform “If It Wasn’t For A Woman” below.