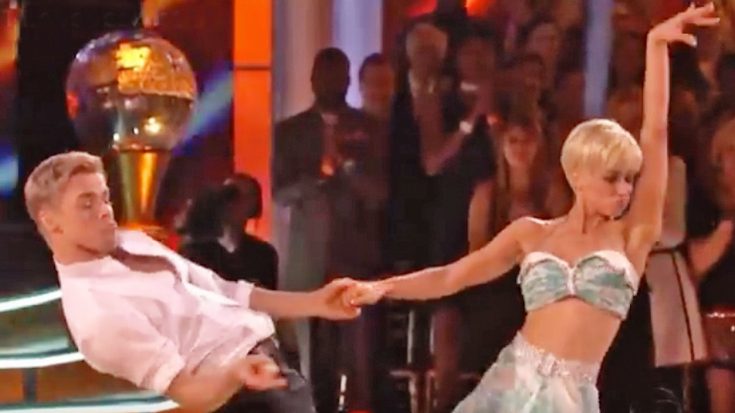 The world first fell in love with the hilarious and humble spirit that is Kellie Pickler following her emotionally-charged audition on Season 5 of American Idol. First charming the socks off America with her quirky antics and stunning voice on the singing series, Pickler competed yet again on a reality series, this time showcasing a different talent of he’s.

Years after the North Carolina-native auditioned for Idol back in 2005, Pickler competed on Dancing With the Stars alongside Derek Hough. While the singer admits she had some dancing experience from when she was a cheerleader in high school, Pickler quickly became the season favorite with what can only be described as God-given talent.

Hough and Pickler danced an instant jive to the beat of Little Richard’s “Keep a Knockin’.” The dance kicked off with a bang, Hough running over to his Dancing partner with a series of gymnastics tricks. They executed their dance perfectly, Pickler displaying moves even seasoned professionals don’t bother aspiring to.

The country singer may have not placed first on American Idol, but she did on DWTS! Hough and Pickler’s jive in the season finale not only earned them a perfect score, but also the coveted Mirror Ball trophy.

You can check out their epic jive below!