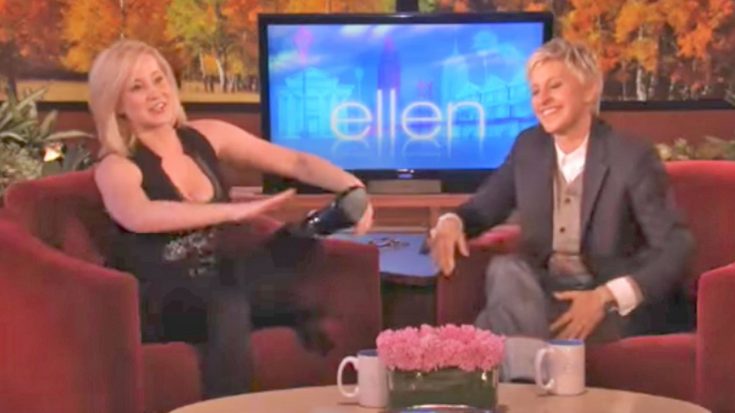 Kellie Pickler is one of America’s real sweethearts, catapulting into fame following her impressive stay on Season 5 of American Idol back in 2006. While the North Carolina-native only placed sixth on the singing series, she has managed to remain in the spotlight through her quirky antics and humble spirit.

The country singer met up with talkshow host Ellen DeGeneres back in 2010, immediately embarking into a hilarious story of her battle against fire ants during her recent tour that year. After putting her feet up on the table, she realizes that the tops of her feet were exposed, prompting Pickler to share a lengthy story of how her feet became covered in scars.

After leaving a concert in Tampa, Florida, Pickler decided to drive back to her home in Albemarle, North Carolina. During her drive home, Pickler realized she wasn’t going to be able to make it all the way home without stopping to use the restroom. Wanting to avoid the dangers that are associated with being at a truck stop alone, Pickler pulled over on the side of the road to relieve herself.

“So I pull over and I open the door and I’m trying to nestle between the door and the car so I don’t flash oncoming traffic,” said Pickler to DeGeneres. “And I’m getting good and perched and comfortable and all of a sudden my feet are on fire. And I look down and my feet are covered in fire ants. And needless to say I wet them too.”

Pickler went on the share with a stunned DeGeneres she had to take what they “call in the south,” a “whore bath” following the incident. The singer also went to explain the scars came out following her aggressively scratching where the insects had attacked her.