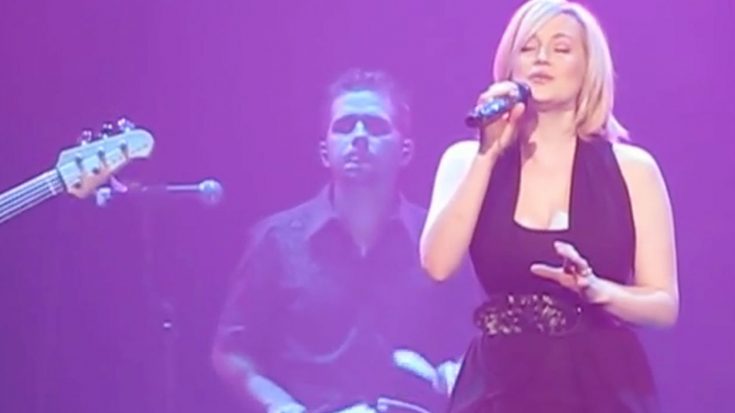 The world first fell in love with the hilarious and humble spirit that is Kellie Pickler following her emotionally-charged audition on Season 5 of American Idol. While the North Carolina-native only placed sixth on the singing competition, Pickler has managed to remain in the spotlight through her insane vocals stylings and pure country style.

“Now I would like to strip the music, well not strip. Y’all are gonna have to pay a lot more for that,” joked Pickler prior to her performance. “We’re gonna strip the music down just a little bit and do one of my favorite, well it is my favorite Keith Whitley song.”

Pickler then rolled into her masterful rendition of Whitley’s melancholy song, the band slowing down from previous quick-paced performances earlier on in the show. The singer showed off her insane vocals skills throughout her performance, proving what the Idol judges knew as true all those years ago.

“Don’t Close Your Eyes” was released by Whitley as the third single and title track off his 1987 album. Whitley took the song to the top of the charts, it going on to be named the number-one country single of the year of its release.