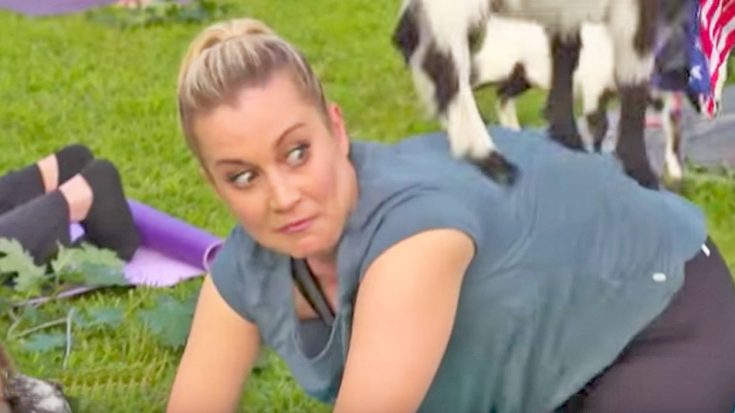 The baby goats immediately swarmed the talkshow hosts, Pickler making a crazed facial expression after two jumped on her back during child’s pose. Hilarity quickly ensued as they tried their hand at yoga, Aaron quickly giving up to play with the goats.

“Just so you know this is second base,” joked Aaron as a goat stood proudly atop him. “I usually don’t give it up to goats I’ve just met, but you know what? You’re special.”

Goat yoga is the latest athletic craze taking over the nation, with just about every yogi dying to lay out their mat in a field pack with the adorable four-legged critters.

You can check out the hilarious video below.