By Jennifer Pernicano on August 4, 2017
Advertisement 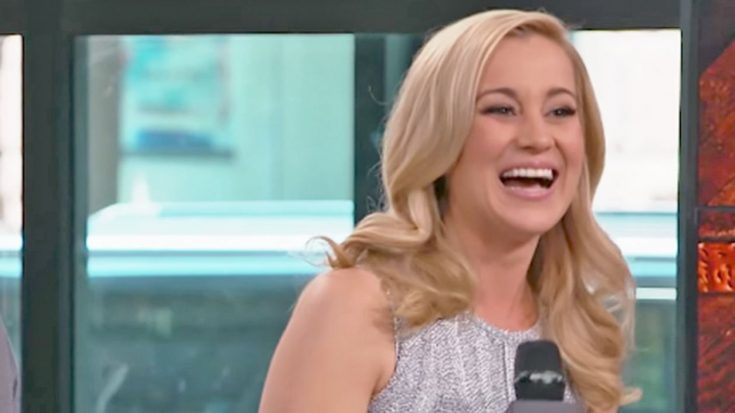 Country singer Kellie Pickler took the world by storm with her sassy personality and incredible voice back in 2006 when she competed on American Idol. Before becoming a contestant on the show, she worked at Sonic in her hometown of Albemarle, North Carolina.

At just 19 years old, Pickler was catapulted to stardom after placing sixth, losing out to champion Taylor Hicks. Although she didn’t win the show, her talent was recognized and she was signed to 19 Recordings and BNA Records.

She later competed, and won, the sixteenth season of Dancing with the Stars with professional partner Derek Hough. Before she was a star, though, she was a country girl who had never been on an airplane before.

She and her husband, songwriter Kyle Jacobs, recently stopped by BUILD to talk about their CMT reality show I Love Kellie Pickler, where she told a hysterical story about the very first time she was at an airport.

“It was the first time I’d been on an airplane. I hadn’t been anywhere,” she said. “I was looking for a gate. Like a real gate at the airport. Like a picket fence! The TSA lady she goes, ‘Honey, can I help you?’ I say, ‘I’m trying to find this gate. I don’t see any gates.’ I was like Alice in Wonderland. Lost. Clueless.”

This story makes us love Pickler even more than we already did. She has truly come a long way since that day at the airport!

Watch her tell the story below.