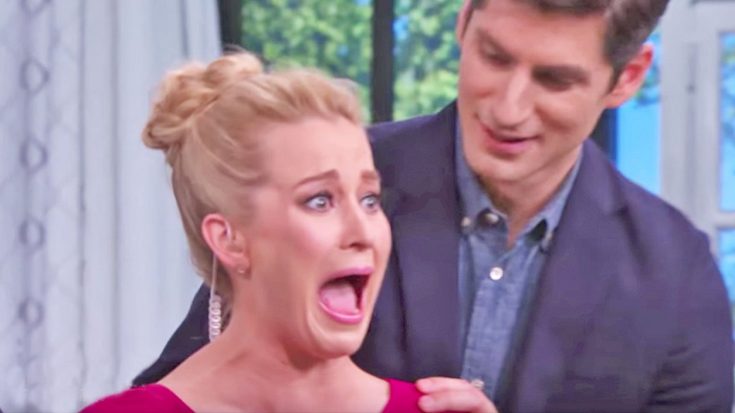 Everyone has something they’re afraid of, but maybe not quite to the extent of Kellie Pickler‘s extreme case of arachnophobia. The country singer and co-host Ben Aaron faced their biggest fears on a recent episode of their hilarious talkshow, Pickler and Ben.

Animal guru Jeff Musial stopped by the show to help Pickler face her greatest fear, attempting to ease the country singer into facing her fear of spiders, bringing along a tarantula named Charlotte with him.

“Oh my God does anybody have any Raid?” asked the 31-year-old country singer, before explaining to the audience, “Y’all have no idea, like I’m okay with snakes, I’m okay with any critter, but that one has legs and a bunch of eyeballs.”

After running around the set away from the tarantula – at one point even seeking refuge in the audience – Pickler finally agrees to meet the 8-legged creature. With the help of Aaron and Musial, Charlotte graces Pickler’s hand, the country singer unleashing a series of terrified screams upon making contact.