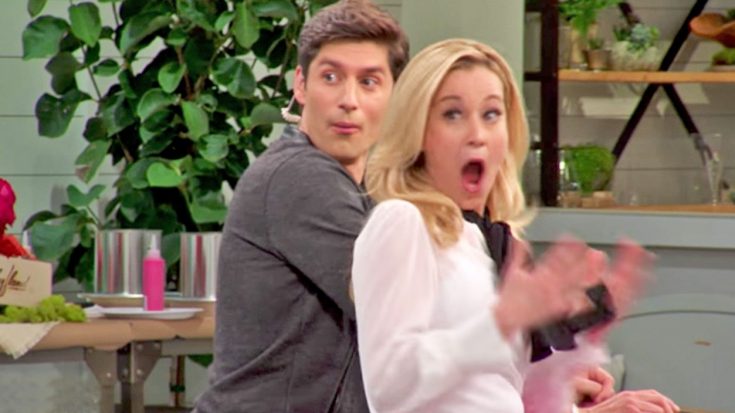 The nation first met the humble soul that is Kellie Pickler following her emotionally-charged audition on Season 5 of American Idol back in 2006.

Even though the North Carolina-native only placed sixth on the singing series, she has managed to remain in the spotlight through her zany antics and twangy vocals.

She Got Her Own Show

Since her impressive stay on the singing competition, Pickler has continuously thrilled fans with her hilarious appearances on various talk shows, the country singer’s adorable quirks even earning her and husband Kyle Jacobs a reality series on CMT, I Love Kellie Pickler.

Posted by I Love Kellie Pickler on Wednesday, September 23, 2015

Hill’s brainchild, Pickler & Ben, came to life on television Sept. 18, 2017, with the legendary Dolly Parton crashing the first-ever taping to show her support for the fellow country singer.

“Kelllliiieeee!” yelled Parton after knocking on the door behind where Pickler and Aaron were seated. Pickler was completely taken by surprise upon noticing the country music icon had come into view.

Seeing as the series tapes in Nashville, Parton surely won’t be the only member of the country music community to crash Kellie and Ben’s party.