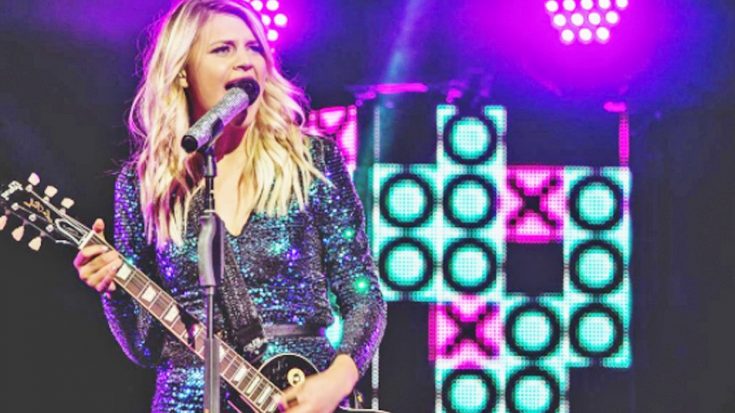 Originally recorded by David Allan Coe in 1981, made famous by George Jones in 1983, later covered by Chris Stapleton in what many regard as a career-making performance at the 2015 CMA Awards, “Tennessee  Whiskey” is a staple in the world of country music. Kelsea Ballerini continues to tear up the country music scene with her intoxicating cover of the iconic country classic.

Currently on her premiere solo tour, The First Time Tour, the 23-year-old country singer proved her southern vocals are a force to be reckoned with in a stripped down performance of “Tennessee Whiskey.” Ballerini captivated the crowd of her sold out concert in Atlanta, Georgia in a performance that can only be described as “show-stopping.”

Ballerini’s debut album, The First Time, was released in May of 2015 and has since been certified Gold with sales exceeding 200,000. The country singer currently holds the record as the only artist in country music history to hold three consecutive No.1 singles off a debut album.

You can watch her rendition of “Tennessee Whiskey” in the video below and be sure to let us know what you think in the comments!