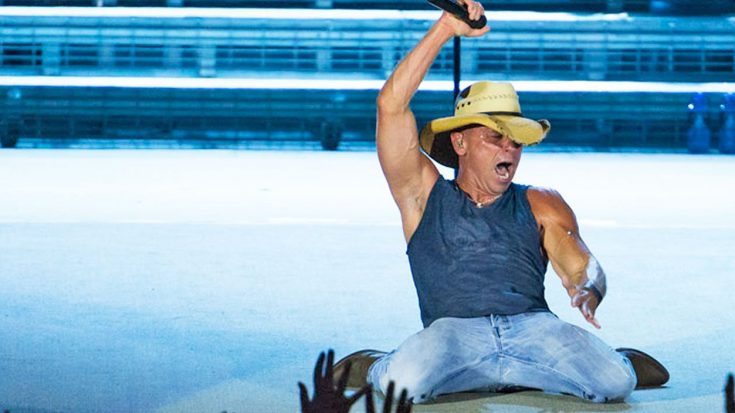 Superstar Kenny Chesney is without a doubt a staple to the country music culture, recording a notable 20 albums and over 40 top 10 singles! While Chesney’s music has progressed throughout his career to utilize both modern and classic sounds, the singer’s newest album Cosmic Hallelujah contains one song in particular that is giving listeners a complete throwback to his original sound!

Titled “All The Pretty Girls”, new hit bares a striking resemblance to Chesney’s former hit “Out Last Night”. With a vibrant beat and very vivid lyrics, Chesney sings of the heavy influence that “pretty girls” have on boys while also making subtle reference to perhaps events in the singer’s juvenile life! He sings,“All the sheriffs said kid you better slow down/ All the preachers said it’s the devil’s playground/ I wonder if they knew they were wasting their breath/ All I ever heard was all the pretty girls said.”

While it seems this singer can’t resist a pretty girl, we can’t seem to resist his album! Released this year, the compilation is filled with incredible lyrics, in addition to an astounding duet with singer Pink.

Listen to Chesney’s song below and tell us what you think!