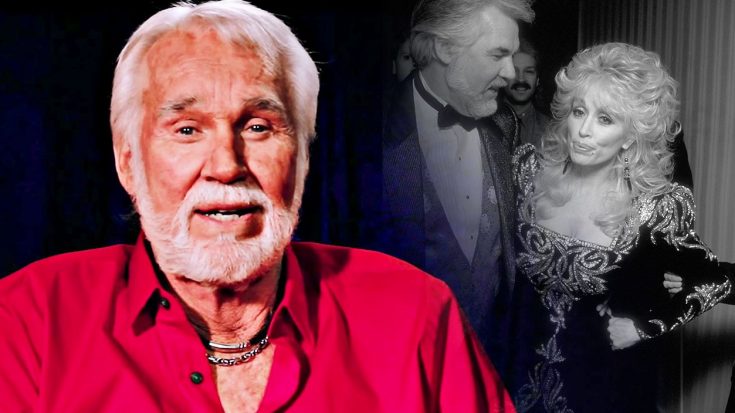 Speaking out in a 2017 interview, this beloved country legend opened up about the heartbreaking moment he called to tell one of his closest friends and colleagues “goodbye.”

It was through this conversation that the idea for longtime musical partners, Kenny Rogers and Dolly Parton, crafted the idea to embark on one final performance together.

In 2017, Rogers was touring on his “Farewell Tour” as a way to say goodbye to his innumerable fans across the world and begin his retirement after sharing in these special moments with them.

Opening up to Closer in 2017, Rogers reveals the moment he called Parton to say “goodbye” and explained how a big-bang final concert was actually her idea.

“I told Dolly, ‘I am going to say goodbye and spend more time with my wife and kids,’” he shared. “So she replied, ‘It’s been 13 years since we sang on stage together. You cannot get out of town without us doing something.’”

We can’t imagine how hard it was to call someone he’d spent more than 30 years working with and tell her that he wasn’t going to be performing anymore, but what a gift and surprise it was for her to want this one last time on stage together!

“Working with Dolly is always emotional because we have so much history together,” Rogers added.

For what was his final concert, Rogers and Parton sang some of their biggest hits together, including “Islands In The Stream” and “You Can’t Make Old Friends”. The farewell concert was held on October 25th, 2017 at Nashville’s Bridgestone Arena and featured a large number of incredible artists paying tribute to Rogers’ massive body of work.

Of his final performance with Dolly, Rogers admits, “It’s going to be very emotional”.

Watch the video below of one of their incredible “Islands In The Stream” performances.