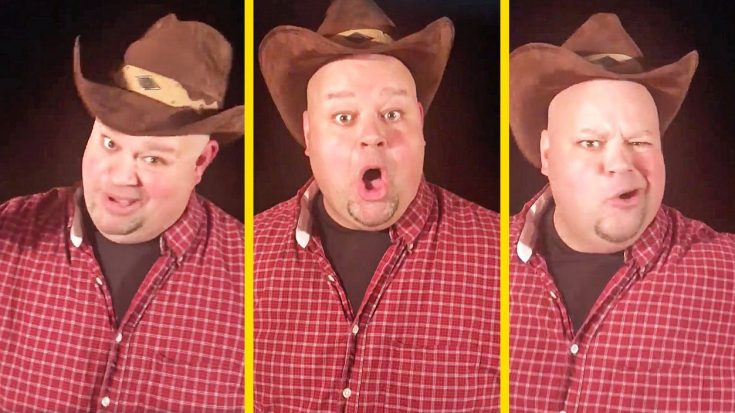 As a child, learning that your school was having a snow day was one of the best pieces of news you could hear. One Kentucky principal has started making such news even more enjoyable thanks to his creative way of announcing school closures.

On Monday (January 8), Union Pointe Academy principal Chad Caddell announced that school was canceled through a video parody of Mariah Carey‘s song “Hero.” The video was a big hit, and as of press time, has over 577,000 views.

Since that video went over so well, Caddell used the same tactic when he was forced to cancel school again on Friday (January 12). This time, he tapped into his country roots by pulling off a spot-on impression of Garth Brooks.

Donning a cowboy hat and a checkered shirt, Caddell crooned to the camera as he sang a parody of Brooks’ smash hit “Friends in Low Places.” Caddell appropriately coined his parody song as “I Got Friends in Snow Places.”

“I’ve got friends in snow places, with their frozen toes and their frozen faces,” Caddell sang in Brooks’ signature style. He continued, “On this snow day, go out and play.”

Caddell fully embraced his country character in his song, and made a clear effort to make everything a bit over the top. We have a feeling that the students and parents got a good laugh out of his video once they saw it!

During an interview with People, Caddell explained the reason why he has been putting so much effort into his snow day announcements. He said that when he was a teacher a few years ago, he and his friend decided to change up their boring cancelation calls by singing a song called “Snowhemian Rhapsody.”

“My friend, who was the principal there at the time, and I were making these automated calls day after day and parents were ready to pull their hair out!” Caddell said. “So, we thought about how we could make it fun.“

The tactic paid off then, and is continuing to do so now that Caddell is a principal himself. It sounds like he’ll keep up with the parodies if he ever has to announce future snow days, since he wants to be anything but boring.

“School, when I grew up, was boring, sterile and predictable, and I wanted to create a culture where people expect the unexpected,” he said.

It seems he’s doing a good job at that so far! Tune in below to watch him sing “I Got Friends in Low Places” while dressed as Brooks.

We can’t wait to see who else Caddell will choose to parody in the future. We’ve got our fingers crossed that he’ll go for other country singers!