By Manly Bryant on August 11, 2017
Advertisement 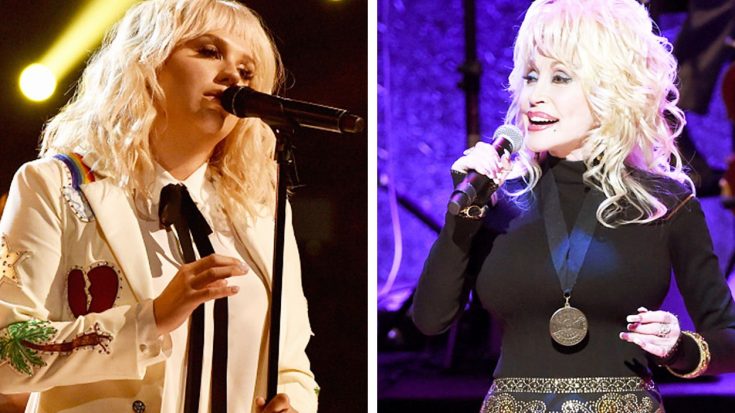 Classic country met modern pop when Dolly Parton joined singing sensation Kesha for a duet of her No.1 hit, “Old Flames Can’t Hold A Candle to You.” While the duet partners may seem unlikely, the recording has always been a dream of the popstar’s.

“I just love the song — it’s in our family, and it has always been a dream to record it with Dolly Parton,” Kesha shared with NPR. “It’s always been one of those ridiculous thing [sic] to say out loud so you don’t say it. I felt silly ever saying that out loud, because, I mean — it’s Dolly Parton.”

Kesha kicked her reconstructed version of the country classic off, with Parton singing backup before taking over after the first chorus. The unlikely duet partners’ stunning vocals mesh beautifully, ending the song with a powerful series of harmonies.

“Old Flames Can’t Hold a Candle to You” was written by the international popstar’s mother, Pebe Sebert. Kesha originally released an acoustic rendition of the ’80s hit on her 2013 album Deconstructed, re-recording the song as a duet with Parton for her 2017 album Rainbow.

You can listen to the duet below!