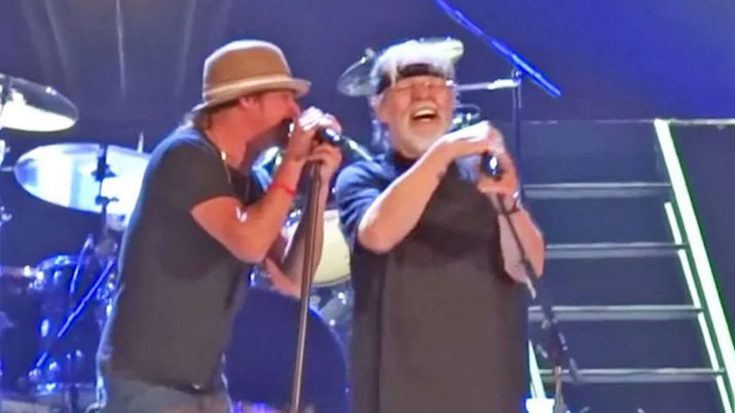 Kid Rock brought our favorite elements of summer to his North Dakota concert with an epic performance, bringing up one classic rock legend to join him on stage.

Standing before an incredibly eager crowd, the rocker addressed his audience as he happily welcomed to the stage an iconic musician that has no doubt left his mark on the work or rock music. Bob Seger was all smiles as he adjusted his black headband and hurried to his microphone!

As the intro to “All Summer Long” blared from the stage, Rock kicked off their performance that had the crowd jumping on their feet. Seger was quick to join in, adding his iconic vocals to the fiery hit and giving his fans a moment to remember.

The rockstars enjoyed their time on stage by feeling the heavy beat and admiring the stellar guitarist performing no more than a few feet from the energetic men. As Seger hyped up the crowd, Rock began shredding on his air guitar, mimicking the uncanny talent that was heard over the venue’s speakers. “I’m on stage with Bob Seger,” Rock yelled into his microphone before diving back into their performance and leaving fans with great memories.

You can watch this performance below.