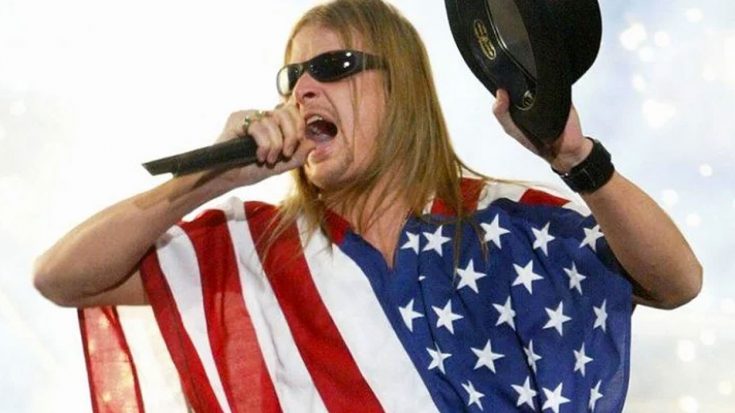 Singer Kid Rock has never been one to harbor opinions, proudly supporting military members and taking a profound stance on politics.

Rock was previously honored in 2014 with the Patriot Award, presented to him by a nonprofit organization called Operation Troop Aid for his humanitarian work and admirable support.

The singer also recorded a song titled “Warrior” that was given a captivating music video to honor those who fight, serve, and protect this country.

Opening the song with a chilling scream, Rock directly addresses listeners when he sings, “So don’t tell me who’s wrong or right when liberty starts slipping away, and if you ain’t gonna fight get out of the way.”

The rock song is compiled of heavy guitar and drum beats alongside the singer’s raspy and intimidating voice. It continues with, “And they call me warrior. They call me loyalty. And they call me ready to go, believe and help whenever you need me to be. I’m an American warrior.”

This footage not only portrays military members in heroic encounters and their daily sacrifices but also features a special guest appearance by NASCAR‘s one and only Dale Earnhardt Jr.

Check out the song below and tell us what you thought!