By Manly Bryant on March 28, 2017
Advertisement 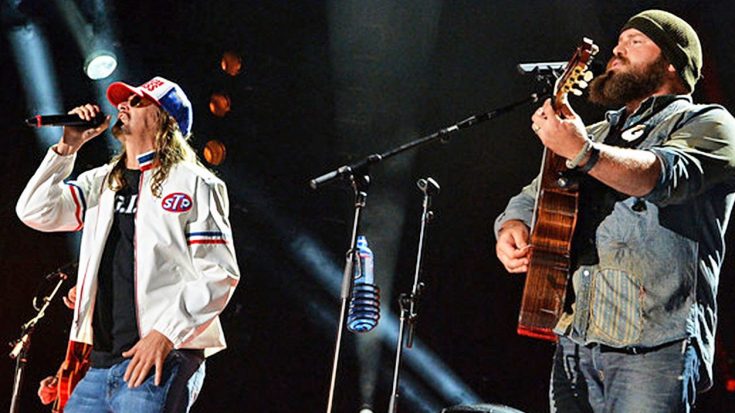 A country music classic got a phenomenal makeover when country music sensation Zac Brown Band and redneck rocker Kid Rock teamed up to give an uncanny rendition to the country tune “Can’t You See.”

Although originally sung by the Marshall Tucker Band in 1973, these big country music stars revamped the tune with their killer vocals and vibrant talent!

The band’s frontman, Zac Brown, introduced Kid Rock, calling him a “good friend and brother,” cueing Rock to make his way onto the stage and cheer alongside the audience.

Rock’s powerful vocals kicked off the song’s intro as he sang, “I’m gonna take a freight train, down at the station/ I don’t care where it goes/ Gonna climb me a mountain, the highest mountain/ Jump off, nobody gonna know.”

Everyone was infatuated with the incredible live performance, and folks liked it so much that later, it made its way onto their live album!

You can listen to this compelling performance below!