By Miranda Raye on October 6, 2016
Advertisement 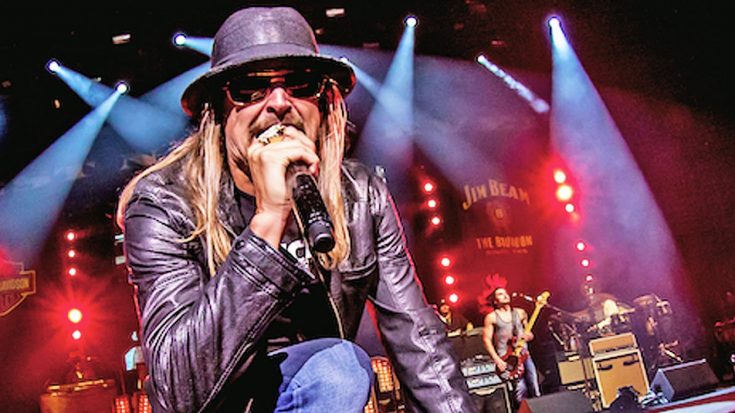 Name a genre, and it’s likely that Kid Rock has recorded a song for it. He’s even ventured over into the country genre, with major hits such as “All Summer Long” and “Picture” under his belt.

Due to the success of these singles, there are many country fans out there who love Rock and his music. So can you imagine how thrilled one group of fans were when Rock randomly showed up at a Nashville honky-tonk on Tuesday night (October 4)?

Tootsie’s Orchid Lounge is one of the hottest spots in Nashville, and always books great entertainment. But Rock’s appearance there on Tuesday came as a total surprise. Not only did he wander inside to visit, but he actually took to the stage and sang a few songs!

Luckily, Whitney Neal, who was in the audience that night, managed to capture Rock’s surprise performance on film. She posted the video on Facebook, which starts off showing Rock singing his smash hit, “All Summer Long.”

Everyone in the crowd could be heard singing along to “All Summer Long” at the top of their lungs, and couldn’t stop cheering whenever Rock stopped singing. It looked like everyone in the room was having a blast, and it’s no wonder why. Rock knows how to entertain, and he made sure to keep everyone involved by asking them to clap and sing along.

Man, don’t you wish you would have been in Nashville to see this on Tuesday night? At least we have the video of Rock’s surprise performance, which you can watch below.

Make note…the next time you visit Nashville you may get the chance to see a music superstar like Rock, even if you aren’t expecting it!