Kids Break Down & Sacrifice Gifts To Do This For Struggling Parents 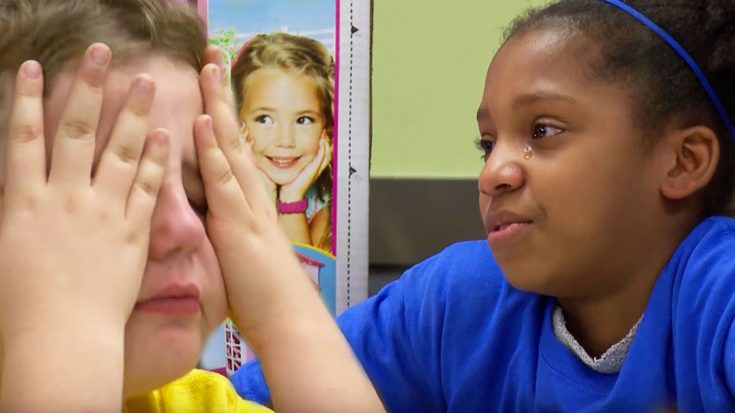 The holiday season is a time of giving to both those we love, as well as those who may need a helping hand during the rampage of gifts and traditions. UP TV, a family-friendly network, set out to interview a handful of children who attended The Boys & Girls Clubs of Metro Atlanta. Revealing the shocking statistic that “83% of Metro Atlanta Boys & Girls Club kids come from low income families, some of which aren’t able to afford even a Christmas tree”, we are gradually informed that the children presented face a variety of financial hardships and may not be given the opportunity to enjoy Christmas as thoroughly as others.

The interviewer for the segment begins to ask the children, “This year for Christmas, what are you hoping to get?” The responses included a computer, a barbie house, a trophy case, an X-Box 360, and a lego set. However, the question quickly transitioned into “What do you think your mom and dad want for Christmas?” One boy was quick to respond with, “My mom would probably want a ring. She’s never really had a ring,” while others admitted their parents might enjoy a new television.

“The catch is that you can either get a gift for yourself or you can pick a gift for your mom and dad. I need you to pick one,” the interviewer explained as the children each seemed to ponder their next move. In a heartwarming dilemma, each child chose to leave with the gift that was intended for their parent, some even answering the question without hesitation.

One child interjected before the interviewer could even finish explaining the choice as he confidently pointed to the gift for his father and said, “I’ll go with this.” The interview, stunned, exclaimed, “You already know? Tell me why.”

“Because Legos don’t matter. Your family matters. Not legos, not toys– your family. So it’s either Legos or family and I choose family.”

Viewers were speechless. In one final surprise, the interviewer admits to the children, “Because you actually picked the gift for your family, you’re actually gonna go home with both.” The kids were so overwhelmed many began to cry at both the generosity of the interview and the fact that they were given the opportunity to gift their parents with what they believed they wanted most.

The parents were baffled when they became aware that their children chose the family’s happiness over their own, calling for an emotional moment of thanks and appreciation.

Watch the experiment below to get you into the holiday spirit.