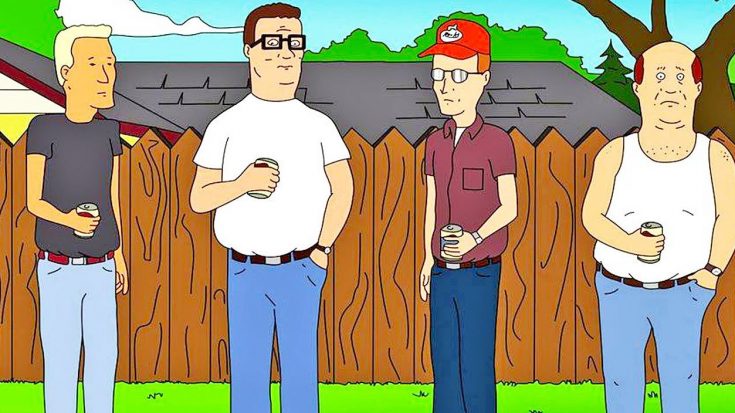 Country fans have always been curious about the private lives of their favorite artists. An upcoming television series aims to satisfy that curiosity by diving deep into the lives of legendary country singers.

Co-created by Beavis and Butt-Head and King of the Hill creator Mike Judge, the series is titled Mike Judge Presents: Tales from the Tour Bus. Judge’s co-creators are Richard Mullins and Don Cornett, who co-wrote the Hank Williams movie The Last Ride.

Judge and Cornett will both serve as executive producers on the series, and Judge will take on the role of the narrator. Additional voices will be provided by bandmates, friends, and others close to the artists discussed in each episode.

According to Den of Geek! the eight-episode series will “chronicle the tales of some of country music’s most eccentric characters.” Some of those characters include Waylon Jennings, Jerry Lee Lewis, and Johnny Paycheck.

The country stars’ wild stories will be told through animated sequences that reflect Judge’s signature style. In addition, the interviews with the artists’ real-life acquaintances will also be animated. Live-action footage from the artists’ various performances will be blended into the mix as well. So far, only the plots for the episodes about Paycheck, Lewis, and George Jones and Tammy Wynette have been revealed. But they offer a pretty clear indication of the wild ride that Tales from the Tour Bus is going to be.

For example, the series will focus on the stormy relationship between country power couple Jones and Wynette. Their combined story will play out in a two-episode arch that won’t shy away from diving into the darker parts of their marriage and careers. But it will highlight some happier times as well, including the success of their duet, “Golden Ring.”

Overall, this show seems guaranteed to offer country fans a whole new look at the artists they thought they knew. We can’t wait to learn more about the last four episodes!

Which episode of Tales from the Tour Bus are you the most excited to see? We have to admit, we’re really looking forward to the one about Jennings!

Mark your calendars now! “Tales from the Tour Bus” is set to debut on Friday, September 22 at 10 PM ET/PT on Cinemax. This is something that no country fan should miss, so be sure to tune in!