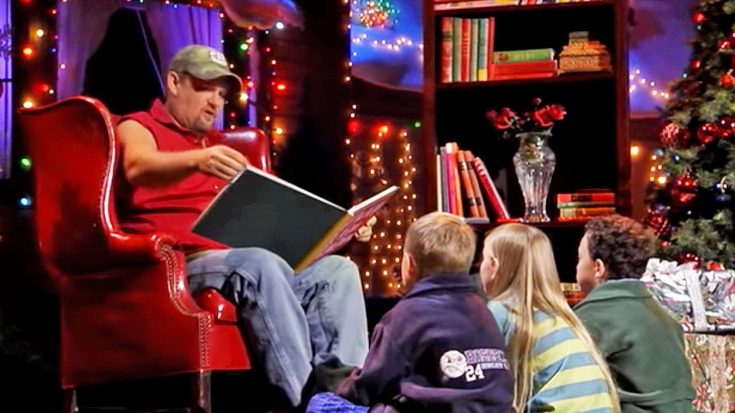 Comedian and actor Larry The Cable Guy has never been one to tread lightly, often speaking out freely on his adamant beliefs and opinions. Often a television favorite, Larry routinely took to his former hit show Blue Collar TV to act out various skits filled with both comedy and often laced with political hints.

In light of the holiday season, the television personality created a skit in which he read to his audience from a modified version of the former book “The Night Before Christmas”, in what he referred to as “politically correct” version. Larry admitted to his audience and the array of children quietly gathered around his chair that his nephew recently brought home a book that didn’t sit too well with the star. “Now they wanna politically correct up Christmas stories so they don’t offend nobody and everybody everywhere can enjoy.”

In his patented voice, the comedian began to read the books titled “‘Twas The Night Before A Non-Denominational Winter Holiday”, as the crowd erupted in cheers and applause! He read, “The neutral gift sacks were hung by the chimney with care in hopes that a non-specific holiday figure would soon be there.”

The audience was roaring with laughter! He continued, “Children of every race..and nationality were resting all snug in their bed, while visions of sugar-free plums danced in their heads.”

The book continues to elicit endless laughs and borderline controversy with an act that only Larry could pull off! Check out the skit below!